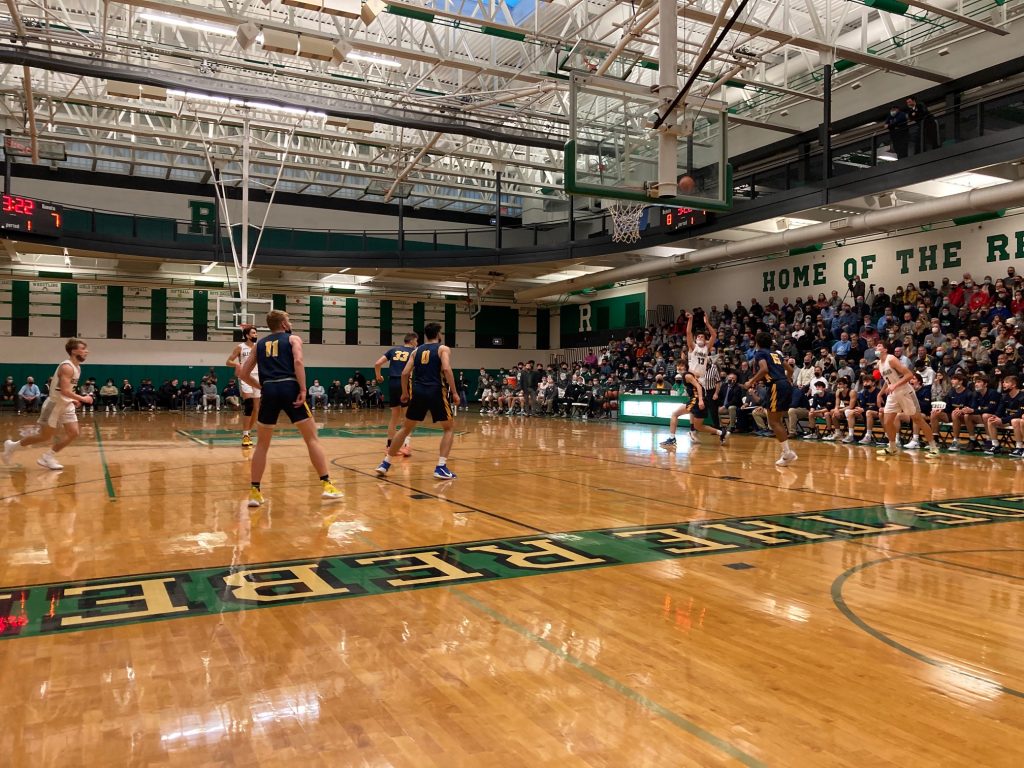 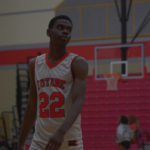 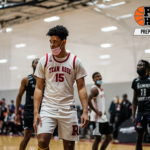 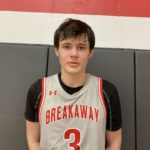 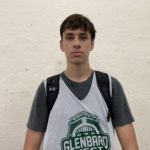 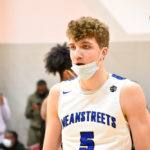 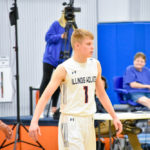 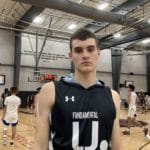 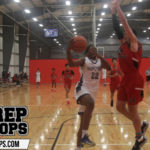 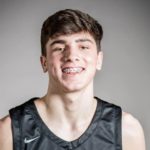 In the first game of the event we saw Maine South pick up the win behind the play of a pair of small college prospects.  Julian Triffo Julian Triffo 6'6" Maine South | 2022 IL is a 2022 6’7” power forward that was excellent scoring on crafty moves around the hoop and passing it well.  Also an effective rebounder in his area that went for 14 points and 11 rebounds.  Their 2023 6’0” two guard Kaden Karstens also caught our attention with his catch and shoot ability along with overall toughness netting 13 points.

Potential for St. Viator in Backcourt

Gideon Adewole 6'3" | SG Taft | 2022 State IL .  The Taft two guard has a nice frame and athletic pop which was shown as he threw down a big dunk.  Handles it off the bounce and in transition.  Hit a three, but is a bit of a streaky shooter going for 7 points.  In the second half it was Joseph Rodriguez Joseph Rodriguez 6'5" | PF Taft | 2022 State IL who went to work on the block.  Big bodied undersized post that understands positioning and mauls on the offensive glass.  Finished with 16 points.  All three should find homes at the small college level.   Jocic Veteran Leader for Young Ridgewood Squad Host Ridgewood did a tremendous job putting this event on.  Head Coach Chris Mroz has a young squad with several prospects to keep an eye on down the line.  Their veteran presence was Nikola Jocic Nikola Jocic 6'0" | PG Ridgewood | 2023 IL who ran the show from the point.  The 2023 guard is a crisp passer that makes sound decisions with the ball. Glenbard West’s Depth and Star Power Shines Through in First Test of Season The Fab 5 showed up and showed out in their narrow win against Glenbrook South.  Gonzaga commit Braden Huff

Braden Huff 6'9" | PF Glenbard West | 2022 State #58 Nation IL looked the part of a blue blood prospect in stretches displaying his advanced skilled game at 6’11”.  He can shoot it from three and put it on the deck from the mid-post as he had 16 points.  The lone unsigned prospect among the starters Paxton Warden

Paxton Warden 6'4" | SG Glenbard West | 2022 State IL made a statement with a strong performance draining an array of triples and crashing the glass for 20 points.  Look for him to be a nice find a home at the small college level.  Like what we saw from Bobby Durkin

Bobby Durkin 6'5" | SF Glenbard West | 2022 State IL in this game.  He got out in transition, used his length in the pressure D, and drained a three for 7 points.  The other Army West point commit Ryan Renfro

Cooper Noard 6'2" | PG Glenbrook South | 2022 State IL shot it about as well as we have seen anyone all season.  He was pulling up from super deep connecting on bomb threes.  Finished with 21 points all coming from beyond the arc on seven triples.  Nick Martinelli

Nick Martinelli 6'6" | SF Glenbrook South | 2022 State #235 Nation IL didn’t shoot it as well as he usually does from deep, but got in the lane for his float game and pounded the offensive glass with his quickness en route to 16 points.  Martinelli is headed to Elon next year.   Duke Commit Leads Way for Perimeter Oriented Yorkville Christian Yorkville Christian had their high octane offense on full blast against St. Patrick.  The main scorers were getting buckets and as always they were led by Duke commit Jaden Schutt

Jaden Schutt 6'5" | SG Yorkville Christian | 2022 State #42 Nation IL .  The top prospect in the 2022 class is an elite shot maker with the ability to create on his own, hit off the catch, and move without the ball.  Gets elevation on his shot and has athletic pop at the rim.  Drained five from beyond the arc.  Crisp passing and as always contributed on the glass.  Finished with 23 points.  His senior running mate KJ Vasser

KJ Vasser 6'3" | SG Yorkville Christian | 2022 State IL did what he is best at draining threes off the catch hitting three of them for 14 points. High end small college prospect.  Class of 2023 shooting guard David Douglas David Douglas 6'3" | PG Yorkville Christian | 2023 State IL continues to help his stock game after game.  The lanky and slender two guard has really proved to be a consistent shot maker from deep along with using his handles to get in the lane working well in the mid-range as he had 21 points.  D2s should track him!  Jehvion Starwood Jehvion Starwood 6'3" | SF Yorkville Christian | 2024 State IL is a sophomore that has significant upside.  Angular lefty that has bounce and burst in the open floor including throwing down some dunks for 9 points.   St. Patrick Undersized 2022 Posts Bring Value at Next Level Yorkville Christian took it to St. Pat’s in the first half, but there were some positive signs in the second half for St. Patrick.  Timaris Brown

Timaris Brown 6'4" | PF St. Patrick's | 2022 State IL is a strong bodied undersized four that struggles shooting it with consistency from deep, but his tenacity in the paint is great.  He uses quickness and power to score as he threw down some huge dunks and converted through contact in the paint.  Can put it on the deck a couple times from the mid-post.  Finished with 22 points and would be worth a look for a D2 program.  Bryant Handley had a solid outing.  The 6’4” angular four man brings athleticism around the rim finishing difficult shots in the paint for 15 points.  Small college post.