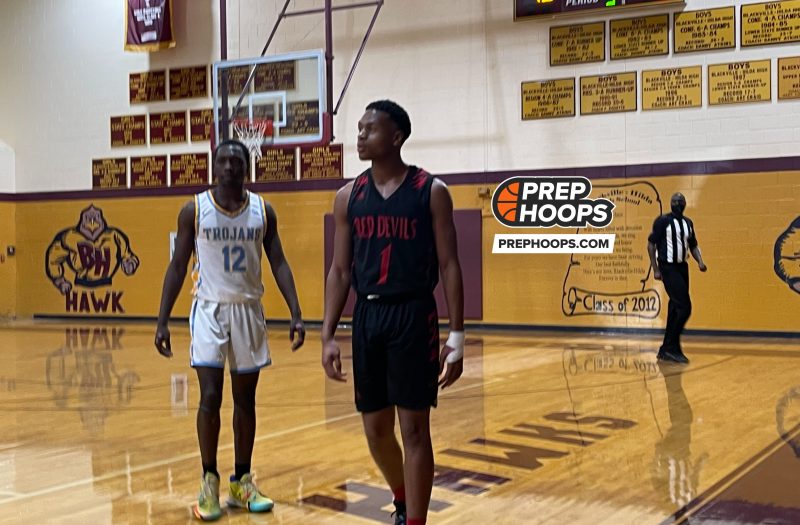 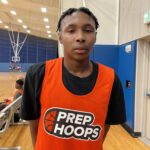 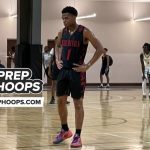 Only a few days remain until we transition to the “22” portion of the 2021-22 season. That meant one more midseason tournament was held before teams begin their stretch runs.

The Hawk Invitational emanated from the home of the Hawks – Blackville-Hilda HS in Barnwell County. Out of the teams that took place were eight girls and eight boys teams from smaller SCHSL schools from the 1A and 2A ranks.

We at Prep Hoops made the trip out to Blackville-Hilda to take in the first day of the festivities which was Monday. Let’s take a look at how the junior class performed.

Markel Sanders – 2023 – Williston-Elko HS – These Blue Devils are no strangers to competition – whether it is on the basketball court or on the football field. Sanders, listed as a football cornerback and wide receiver, brings that athleticism with him from the gridiron to the hardwood. He can come from out of nowhere and make defensive plays. Sanders also bolsters the Williston-Elko defense by helping out on double teams and collecting steals. He will get out in transition and make high-percentage shots as well as showcasing how effective he can be from downtown. Sanders dropped 17 points in the Blue Devils’ game with Hunter-Kinard-Tyler.

Jeremiah Bing – 2023 – Williston-Elko HS – Bing is a name that continues to ring bells around the Williston-Elko campus as he too is a crossover from the football team to the basketball squad. He hustles for loose balls and can score in a variety of ways – including with layups and 3-pointers. His confidence in his ability to sink his shots from 3-point range had to be soaring in the second quarter in the Blue Devils’ game with Hunter-Kinard-Tyler when he made a trio of treys. Those threes helped Bing to a 13-point effort (including 11 in the second stanza) on Monday vs. the Trojans.

Isaac Gray 6'0" | PG Wade Hampton | 2023 State SC – 2023 – Wade Hampton HS – Gray’s play has had Red Devils fans feeling lively over the years. In the Red Devils’ game with Ridge Spring-Monetta, Gray was the only Wade Hampton player who had at least one made shot from the field in every frame. Gray shot and made 3-pointers, executed superb ball movement, made high-percentage shots and made accurate passes to his Wade Hampton teammates. Gray finished with 15 points en route to an 83-68 victory over the Trojans.

Brendon Brantley 6'2" | SG Andrew Jackson Academy | 2023 State SC confused with his older brother, Brandon, who was part of the 2021 Wade Hampton class. It was a 3-point shooting contest for this Brantley in the Red Devils’ get-together with Ridge Spring-Monetta – a game where Wade Hampton triumphed over the Trojans by a final of 83-68. He had 18 points and all 18 came via the 3-point shot as he drained six treys throughout the game. The only quarter where Brantley did not have a made 3-pointer – or a made shot – was, ironically, the third. Rebounding and ball movement are also integral to Brantley’s game.