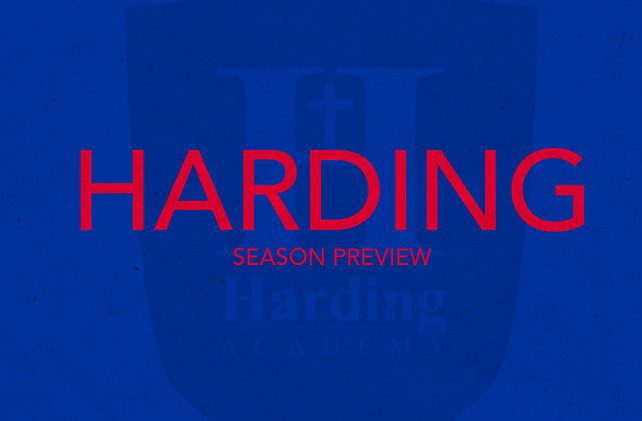 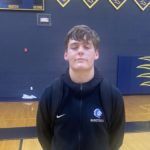 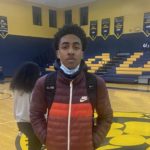 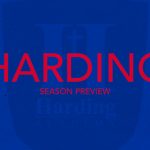 Greg Eubanks leads his Harding Academy Lions into their third season together. As November opened, Coach Eubanks shared his time with @PrepHoopsTN previewing the 2021-2022 season to come.

These Lions welcome back a strong ’22 class of players and expectations are appropriately high.

“We have three seniors that our team is going to revolve around,” observed Coach Eubanks.  “Jaxon really has come on in the last year.  He is a late bloomer.  He can shoot the ball. Long arms. Athletic.  Really kind of coming into his own.  District MVP. All-State.”

D.J. Richmond 6'3" | PG Harding Academy | 2022 State TN averaged about 13 ppg,” stated Coach Eubanks.  “Point guard. Slasher.  Can get to the basket.  We are working with him on being more of a distributor this year.”

An early summer car accident unfortunately prevented Jaxon and Richmond from competing in June and July.  D.J. is healthy now and “Jaxon is fine,” updated Coach Eubanks.  “The seatbelt injured his hip and he messed up some teeth, but otherwise he is fine.  It took 2 to 3 months.  The last month he has been [fully healthy].  Thankful for seatbelts because without them I am not sure those guys would be around.  He is fine now.”

Thankfully they are fully healthy.  The less pressing concern, but a very real end result of the time missed, is that Jaxon did not get to enjoy his final AAU July and therefore remains largely under-recruited to this point.

“He missed 2020 because there was no AAU season and then he missed out all of this [AAU] year,” said Coach Eubanks.  “I think his best years are ahead of him.”

Coach Eubanks sees Toney’s progress along the same path as former Ensworth star Desmond Cambridge  or Chaz Lanier.  “I think Jaxon is still continuing to grow into his body.  He is still learning how to be confident.  He was not told in 7th, 8th, 9th grade how good he was.  I am trying to build him up and build on his confidence. If he plays the way I think he plays, then he is going to be really good.”

Without Toney and Richmond in June, the Lions were forced to compete and develop with an extremely young, unproven roster lead by Luke Campbell

Campbell is the guy that took the reins and lead his reindeer around the basketball world.  It was a breakout summer for Luke Campbell

Luke Campbell 6'2" | SG Harding Academy | 2022 State TN ,” said Coach Eubanks.  “Luke was the only guy that could create his own shot and had any experience playing against high school players in games.   He scored about 25 ppg and we only put up about 35 ppg [in June].

Earlier this month, facing Overton in a scrimmage, Luke showed off his absurdly accurate shooting touch.

The starting lineup opening night will be: Jaxon Toney

Coach Eubanks described Turman as a gym rat, in that he “came in every morning in April/May period.”

Turman “played some last year, but has really developed the body,” said Coach Eubanks.  “We hope he can take some pressure off D.J. with the ball handling.  Hope to catch D.J. on the move.”

There is some skill in the 2025 class, and considering the depth concerns after that exceptional starting five, the freshmen could play a lot.

“We have a freshman named C-Bo Curry,” said Coach Eubanks.  “Chazaiah Curry is about 6’5″.  Plays on Bradley Beal.  He does a lot of things that I would like to take credit for, but somehow, someway the ball goes into the basket.  He has a lot of fundamentals [that he needs to work on].  He joined our school in July, so he was a pleasant surprise to us.”

Savion Anderson is another freshman capable of playing and contributing in small spurts.

“We don’t have a very deep bench, so we are going to ride those (starting) guys as long as we can.  We have talked to those three guys that, ’Y’all gotta mentally and physically prepare to play 32 minutes basically.’”

With a healthy season, Harding Academy really can win their district and possibly advance deep into the tournament.  It will be challenging, but the plan is in place.

“We are taking the long term view of it and trying to set up for a run at state.”