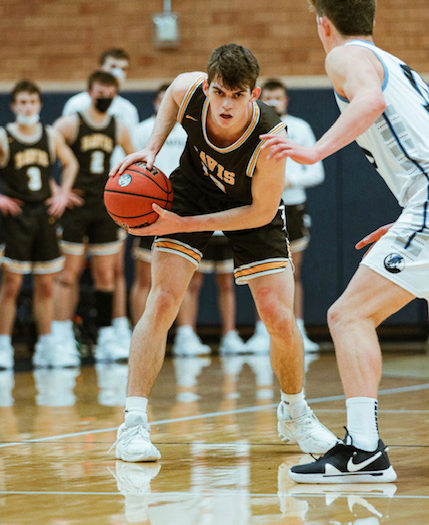 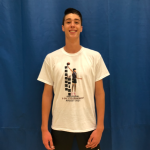 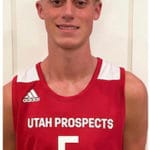 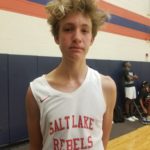 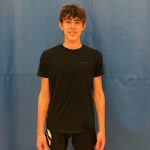 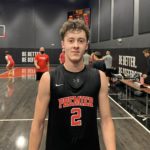 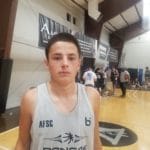 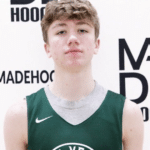 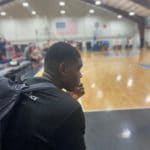 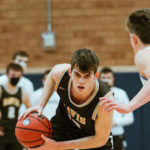 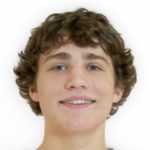 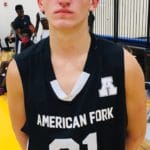 Talk about an anyone has shot this year type of year. With the departure of a few prospects to some out of state programs there seems to be a wide open type of feel. Many coaches feel as though they could really take it Teams like Cyprus have a loaded roster of talent and the returning champions in Davis have a case to defend their title. Then you have a team like Farmington who enters 6A for the first time with a big time prospect. It does seem like anything can happen.

Talk about an anyone has shot this year type of year. With the departure of a few prospects to some out of state programs there seems to be a wide open type of feel. Many coaches feel as though they could really take it Teams like Cyprus have a loaded roster of talent and the returning champions in Davis have a case to defend their title. Then you have a team like Farmington who enters 6A for the first time with a big time prospect. It does seem like anything can happen.  Davis - Davis is going to be the favorite coming back as they return some valuable pieces. They also have the ability to go big if they need to as well. The system that Davis runs is perfect for the players they have on roster. Rex Sunderland

Rex Sunderland 6'3" | PG Davis | 2022 State UT is coming off of a stellar off-season and he will not only be solid on the offensive end but he will be huge defensively. Henry Ihrig is a player that took some major strides to increase his stock this off-season, so look for him to be more aggressive. This also bodes well for a player like Colby Simms Colby Simms 5'11" | PG Davis | 2022 State UT who can absolutely light it up from deep. Davis will be a tough team to beat. Do not worry about their record in the pre-season, be ready for their play in the post-season.  American Fork - While AF losses a big prospect in Jaxon Kohler as he made his way to Southern California Academy, the Cavemen are playing well with this next man up attitude. Really like what Evan Young

Evan Young 5'11" | PG American Fork | 2022 State UT has been doing, he is taking quality shots and he is finding open teammates with his vision. Yaw Reneer

Ashton Wallace 6'4" | CG American Fork | 2023 State UT as he can really shoot the ball.  Corner Canyon - Might be a surprise for some that CCHS is up this high but their young core is really good and they can spread teams out and break them down off the dribble as well. Tyler Burraston Tyler Burraston 6'4" | SG Corner Canyon | 2022 State UT is an underrated talent as a 6’4 SG. Max Toombs Max Toombs 6'3" | CG Corner Canyon | 2023 State UT is a solid player that can do so much. Then you lean over to the other side of the floor and you have Brody Kozlowski

Brody Kozlowski 6'7" | SG Corner Canyon | 2024 State UT who can score from deep. This team is dangerous.  Lone Peak - Lone Peak reminds me of a throwback team that has scorers all over the floor that are all the same height Josh Davis Josh Davis 6'4" | SF Lone Peak | 2023 State UT is a good prospect that will get some more run this year. Lone Peak has some good young players coming up as well. Be ready for some new faces to really take a leap if they see the floor.  Cyprus - Cyprus is a fun team to watch and they are really good. Diego Mulford Diego Mulford 5'9" | PG Cyprus | 2024 State UT is one of the best shooters in the state. He is always shot hunting and he moves around the floor like a blur. Quentin Meza

Quentin Meza 6'0" | PG Cyprus | 2023 State UT is a skilled guard that can really use his creativity and high IQ to score and get others involved. Justus Jackson-Fobbs Justus Jackson-Fobbs 6'6" | SF Cyprus | 2023 State UT is an athlete that can score inside and is getting better out in the perimeter as well. MJ Tia MJ Tia 6'3" | SF Cyprus | 2022 State UT is a solid player that is the glue as he plays all over the floor and he holds his own against anyone.  Bingham - Bingham is a defensive minded squad that returns a lot of experience. They will look for new players to lead them in scoring so keep a close eye on Ace Reiser Ace Reiser 6'0" | PG Bingham | 2024 State UT the sophomore has a knack for scoring and isn’t afraid of the moment. Kam Dupaix Kam Dupaix 6'4" | CG Bingham | 2022 State UT is a prospect to watch as he is a solid big guard. Devin Carlson Devin Carlson 6'7" | SF Bingham | 2022 State UT is an above the rim athlete that can really change the game. Luke Leatherwood at SG is athletic and if he improves his defense he could really help his team reach their potential.  Westlake - New look team same old energy. Westlake is going to be physical and they have a new weapon that is starting to find himself in Dylan Jones Dylan Jones 6'6" | SG Westlake | 2022 State UT . The kid can shoot the ball. Westlake will be a tough out and if Dylan gets his shots off he will be one of the top scorers in the state.  Farmington - Many might think that Collin Chandler

Collin Chandler 6'4" | CG Farmington | 2022 State #28 Nation UT is the only weapon Farmington has and that is not true. Farmington has a well rounded team that added a major game changer in Devin Day. Devin moves in from California and he is athletic and can shoot the ball. He will benefit from all the attention Chandler will get. Paul Beattie

Paul Beattie 6'7" | SF Farmington | 2024 State UT is coming into his own and if Paul has committed to the weight room he will be able to stay on the floor full-time to help his team. Collin on the other hand will be an absolute show as he will fill the house with his athletic and scoring ability. Dangerous team when they have a player that can absolutely take over.  Pleasant Grove - PG lost a really good guard in Jordan Ross who took his talents to Missouri to Link Year Academy. This opens up things for other players. Michael Mitton

Isaac Garrett 6'7" | SF Pleasant Grove | 2023 State UT as well as the kid has a shot to play at the highest level at the next level. Dangerous team that plays with freedom.  Copper Hills - Copper Hills is always solid and if they’re on they can beat anyone in the state. McCoy Langston

Subscribe to Prep Hoops Utah to get access to all premium articles and prospect rankings for as little as $2 per week with an annual subscription!