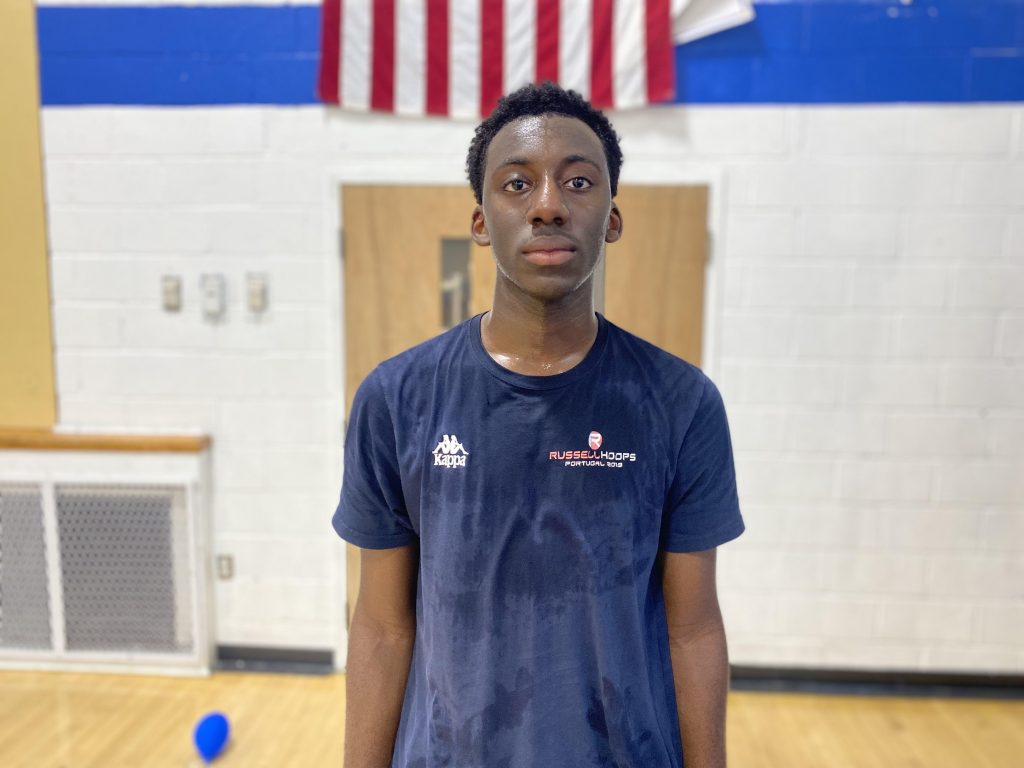 The MIAA and BCL are set to be the best we’ve seen in recent years considering the amount of quality teams in the top five. One of those teams should include Mount Carmel and the reason for them being included was head coach Trevor Quinn’s due diligence in bringing in quality transfers to boost his roster. London native Allen Mordi has a chance to be one of those transfers to have an impact this season as a new face for the Cougars.

“I flew out here in early September and my time so far has been really good,” Mordi said following a session of pick up. “The training sessions have been really intense, but I’ve got used to it now and feel like I’m starting to settle in pretty well.”

“Definitely the speed of everything,” Mordi said when asked what the difference was between basketball in America and his hometown. “Everything is a lot more back and forth, real quick. Everyone can play out here. The competition is a lot harder especially guarding the different positions and everything.”

Mordi stands around 6’4-6’5 with a good frame and build that should have him settle into a wing or stretch-4 position depending upon the matchup. He plays with good energy and seems willing to do all of the little things that may not show up on the box score, but attribute to his team winning.

“Coach told me I’ll be playing the four and maybe some three, but mainly the four. I’ll be setting a lot of screens where I can either roll or pop out for three. I’m just trying to get my athleticism up so I can dunk it more. There are a lot of times where I’m up high enough to dunk, but I just don’t think about it.”

Mordi plans on taking full advantage of his time here in the states to improve on specific areas of his game other than his athleticism.

“I want to become more comfortable finishing through contact and just getting my shooting more consistent.”

“I describe my game as getting a lot of rebounds. I can shoot it pretty well and I’m active on defense with active hands, getting rebounds and blocking shots.”

All seem to be accurate descriptions of what Mordi can bring to the table for Coach Quinn during my time watching him live. He’ll be a versatile option on the defensive end given his size, athleticism and work ethic.

“I look up to Jayson Tatum type of players because I want to get that perimeter type, one-on-one situations into my game and that’s definitely where I want to get at, but I like players like Paskal Siakam. Just guys who do it all and help their teams in a bunch of ways.”

Expect Mordi to go through some growing pains adjusting to the MIAA and BCL play in the early goings, but his size, motor and skillset are all things that will develop him into becoming a key cog for Mount Carmel this season.