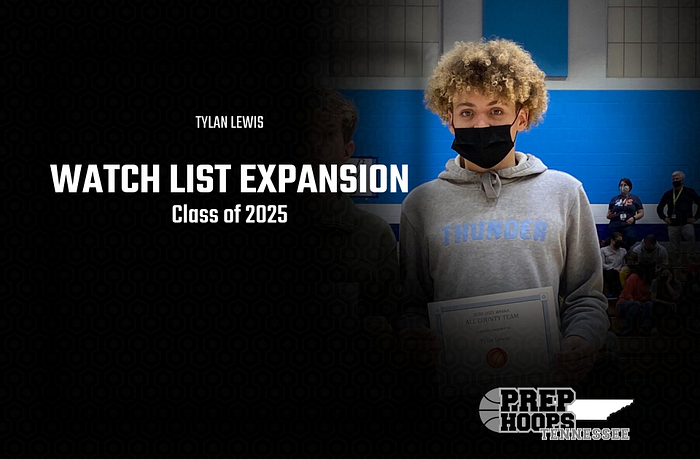 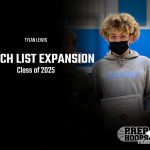 With strong winters expected the following members of the Class of 2025 earned their way into our Watch List!

The youngest of three Burleson brothers, Grayson dressed varsity last year.  Expect him to play a ton this season, though still behind one older brother in the pecking order (the eldest graduated).  Grayson is also an accomplished baseball player.

Wildly athletic.  Christian plays football too, and who knows which he will stick with.  Great size for a high school wing.

Lewis is an adept guard hailing from Williamson County.  His older brother, Jaden Lewis, was a dynamic lead guard for Summit High School before attending Walters State Community College.  Tylan dominated during the middle school years and put together a nice fall league with HSHL, landing on their All League 2nd Team.  Lewis is quick with the basketball in his control. Tylan is a touch taller than Jaden was/is and seems to still be growing.

During the final week of October, Green Hill Head Coach Troy Allen expounded on Aaron Mattingly Aaron Mattingly 6'5" | SG Green Hill | 2025 TN .  “We have a pretty talented freshman in Mattingly.  We will see how he does.  He will start out practicing with varsity.  He is a talented kid.”

Jaylen played some 17u AAU over the summer.  He is not built like a varsity guard, as he is just entering high school, but the skills helped him earn a varsity spot with Knoxville Webb.  He will wear the #10 jersey. Pompey is both now a point guard and projects as a point guard throughout his career.  The Webb team is loaded at guard, and even though they often play 3 or even 4 guards, Pompey is unlikely to see many minutes on the floor this year.  That does not mean that he will not develop or shine during practices.

Rodney is already a good slasher and in time he will be elite at the high school level, possibly as soon as next winter.