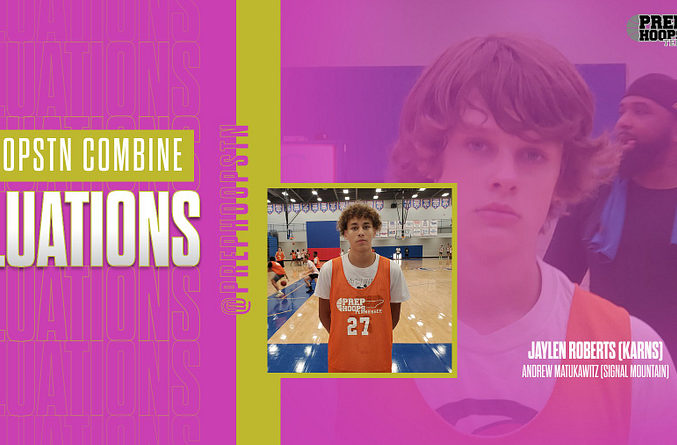 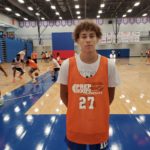 The annual @PrepHoopsTN Summer Combine featured nearly 50 aspiring college prospects.  For the rest of August we will be featuring the campers with evaluations and measurements from the day. 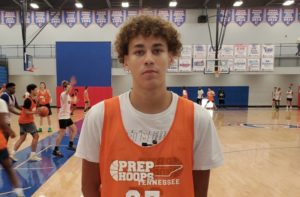 Handle is a plus for Jaylen Roberts

Jaylen Roberts 6'3" | SG Karns | 2023 State TN and the primary reason he landed fourth on the day.  Roberts is not a varnished project, but he is certainly capable of improving and succeeding as a college wing prospect, all while standing at 6-foot-3.  The combination of size and skill makes him an intriguing prospect going forward.

From his first Lane Agility to his second Roberts improved an entire second.  Did he simply understand better the intricacies and body movements required?  Probably.

Too often Jaylen lacked dynamism when the ball was away from his hands.  Movement off the ball was weak.  Considering how effective Roberts could be at scoring and creating, he should have and will need to hunt down the basketball or find dangerous seams and spots in the defense when teammates are in control.

Needs to improve his eagerness to play above the rim.  Good size for a guard.  He did not dominate the lane like he should have during the day.

The game of Jaylen Roberts

Jaylen Roberts 6'3" | SG Karns | 2023 State TN really hovered around two things, handle and touch.  There was some wrinkles to his handle that need to be ironed out and yet the room for growth is apparent there.  Roberts definitely thrives once he gets the basketball above his waist and into the shooting motion.  He long arms suddenly became smooth and consistent.  The ability to replicate his shooting motion spoke to the hours spent playing this beautiful game of basketball.

Andrew entered the PrepHoopsTN Summer Combine as one of the few ranked players in ’24.  He still maintains a ranking after the event, thanks to his competent catch-and-shoot game and moderate foot speed. 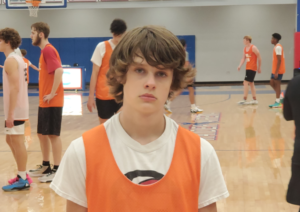 The key to Andrew’s development physically will be lifting weights and increasing his lateral mobility.  He needs to be able to get his chest in front of dribblers and also thwart them from getting into the paint.  His feet are quick enough, as evidenced by the sprint and Lane Agility times, but he did not slide his feet sharply enough to check the ’22 and ’23 players.  This can change and Andrew is capable of becoming at least an average, perhaps better than average perimeter defender with plyometric work.

There was a smoothness to his dribbling.  For Andrew finishing the more complex dribbling drills was easy.  Even though the event featured dozens of guards, Andrew was among the most capable with the ball in his hands.