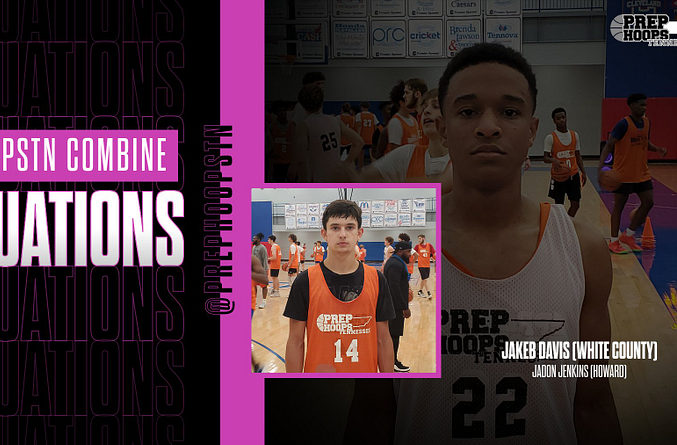 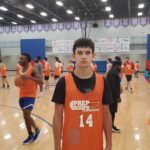 The annual @PrepHoopsTN Summer Combine featured nearly 50 aspiring college prospects.  For the rest of September we will be featuring the campers with evaluations and measurements from the day. 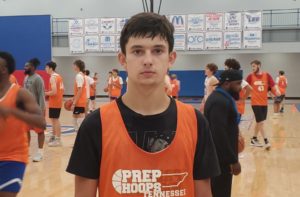 Jakeb, locking 11th best overall performance on the day, delivered the 6th best guard performance.  Setting him apart from the other guards was Jakeb’s ability to hit hots off the dribble.  He played with good posture and a repeatable shooting motion. Davis did not show off exceptional lift in the lane and while the summer combine featured only a sprinkling of college-sized forwards, colleges feature many college-sized forwards.  Can Davis improve both his verticality and his upper body strength enough to utilize his fluidity around the rim to its greatest degree?

Jakeb Davis 6'2" | SG White County | 2023 State TN recorded decent sprint times and one really impressive Lane Agility time (11.19).  His feet were and are quickish, but the efficiency of movement helps him play quicker than the average high school combo guard.

Jadon Jenkins can get off the wooden slab a little bit. The bunnies are exciting and useful in tight. Perhaps he could insert some mid-air acrobatics to make his around-the-rim finishes even more difficult to defend.

What Jenkins lacks in size he compensates effectively with spunk.

Weaknesses include mid-range shooting and scoring outside the lane.

The top 20 made the All-Star Game.  Jenkins did not make that cut, but certainly played well enough to be considered in the next tier of troops.  The slashing and bounce distinguished him from the other guards.  Perhaps the most enduring part of Jenkins’ first impression was his gregarious, friendly attitude.