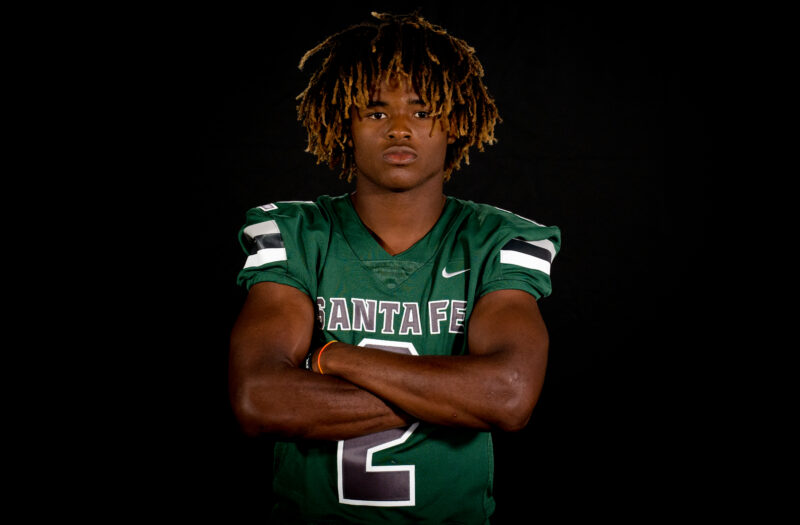 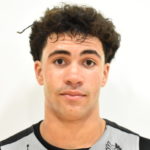 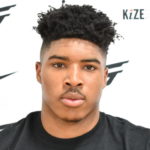 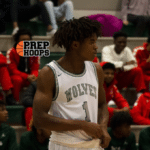 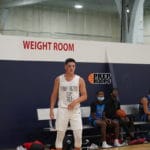 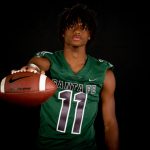 A 2016 report from the National Federation of State High School Associations found that an average of 38 percent of recruits from the four teams that made the 2016 college football playoff had played basketball in high school. Below is a watchlist of some of the most outstanding multi-sport stars playing for their high school teams this week in Oklahoma High School football: 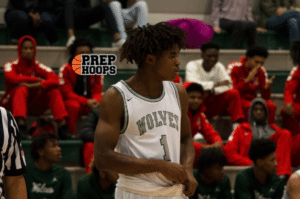 Shettron caught five passes for 81 yards and a score last September in a 32-45 loss to the Pioneers, a loss that put the Wolves, the eventual state runners-up, 0-2 to start the season; Santa Fe would go on a 10-game win streak before losing to Jenks in the title game. The residue of the

A 2016 report from the National Federation of State High School Associations found that an average of 38 percent of recruits from the four teams that made the 2016 college football playoff had played basketball in high school. Below is a watchlist of some of the most outstanding multi-sport stars playing for their high school teams this week in Oklahoma High School football: Talyn Shettron

Talyn Shettron 6'4" | PF Edmond Santa Fe | 2022 State OK | Edmond Santa Fe ’22 6’3" WR Committed, Oklahoma State Rank: 🏈 No. 1 WR | 🏀 No. 1 PF vs. Stillwater / Friday, Sept. 3 at 7 p.m. Shettron caught five passes for 81 yards and a score last September in a 32-45 loss to the Pioneers, a loss that put the Wolves, the eventual state runners-up, 0-2 to start the season; Santa Fe would go on a 10-game win streak before losing to Jenks in the title game. The residue of the loss surely left a bad taste in Shettron’s mouth, but he now has a chance to gain revenge against the Pioneers at home Friday night. The Oklahoma State-commit, who has been ranked among the top five receivers in the country since his sophomore season, hauled in 61 catches for 1,152 yards as a junior and earned COAC honorable mention honors on the hardwood. Shettron also placed fourth in the state 6A 400 finals running a 49.48 last spring on his home track. Shettron was recognized as an Under Armour All-American last March. Tabry Shettron

Tabry Shettron 6'4" | SF Edmond Santa Fe | 2022 State OK | Edmond Santa Fe ’22 6’3" TE Committed, Oklahoma State Rank: 🏈 No. 2 TE | 🏀 No. 11 SF vs. Stillwater / Friday, Sept. 3 at 7 p.m. The only person who may have more desire for redemption against Stillwater than Talyn is his brother, Tabry. Shettron, also an Oklahoma State commit, was held to one catch for 16 yards in his future college town, albeit his lone catch went for a touchdown. Now presumably stronger and more developed after his debut season, Shettron could have a big impact in the short-to-medium game Friday night, especially considering Stillwater will likely dedicate its talents to limiting Talyn’s deep threat. Shettron is an especially intriguing football prospect considering that just two years ago, he was dead-set on dedicating his talents to basketball. Last season, Tabry was named to the all-COAC second team for basketball after a great junior year for the Wolves. Among his peers in the class of 2022, Shettron is one of the best all-around multi-sport athletes. Jacobe Johnson

Jacobe Johnson 6'3" | SG Mustang | 2023 State #133 Nation OK | Mustang ’23 6'3" DB Not committed Rank: 🏈 No. 2 DB | 🏀 No. 1 SG vs. Yukon / Friday, Sept. 3 at 7 p.m. Perhaps the only Oklahoman athlete in the modern recruiting era to earn offers in football and basketball from both in-state power fives, Johnson will have the eyes of recruiters upon him this season, and what better way to start his junior campaign than against his down-the-street rival? In both settings, there’s no denying Johnson has one of the most complete skill sets to compete at a high level. All of the most important traits; intuition, playmaking, physical strength, speed, athleticism competitiveness and knowledge of both games are at his disposal. On the football field, Johnson is a 48-minute warrior who can burn defensive backs and elevate to catch deep balls over their heads then turn around and shut down opposing wideouts on the next possession. On the basketball court, Johnson is keen to the dying art of mid-range scoring, as he can penetrate the lane to get a great shot up from 10-to-15 feet, but is just as competent in a facilitatory role. As it goes for Johnson on the gridiron, however, defense may be his best asset on the hardwood, too. https://twitter.com/mckinnisbryce/status/1345160838760558592?s=21 Brayden Dutton

Brayden Dutton 6'2" | SG Yukon | 2022 State OK | Yukon ’22 6’1" QB/ATH Not committed Rank: 🏈 No.8 ATH | 🏀 No. 13 SG at Mustang / Friday, Sept. 3 at 7 p.m. On both occasions last season, Yukon fell short to beat its rival, falling to Mustang in its season opener and again in the state quarterfinal game. Dutton’s three combined rushing touchdowns in both meetings was just not enough for the Millers. Dutton, who runs the show under center for the Millers, is now a year older, a year more mature, and a year more prepared to take down the Broncos in a road match Friday night. Dutton has a unique athletic skill-set that allows him to flourish in both sports. His rare balance of strength, power and force with finesse, skill and agility has been advantageous in either setting. On the gridiron, the triple option quarterback utilized his awareness and experience to break off eight rushing touchdowns last season, leading the Millers to their first playoff berth since 2013. On the hardwood, Dutton maintains a variety of options to freeze defenders; he can distribute the ball, score at the rack, and shoot from long-range with consistency. As he does on the football field, Dutton has a habit of using his mind to get the best of defenders and score the ball. Rickey Hunt

Rickey Hunt 6'0" | PG Millwood | 2023 State OK Jr. | Millwood ’23 5’11" RB Not committed Rank: 🏈 No. 2 RB | 🏀 No. 3 PG at Heritage Hall / Thursday, Sept. 2 at 7 p.m. Heritage Hall-Millwood is always a good time; the inter-class matchup has produced its share of great games with big names, and last year the Chargers got the best of the Falcons 20-6. This week, however, could be the Falcons’ time to take down the Chargers on the road, with Hunt Jr. presumably expected to get his share of carries against Heritage Hall. Though strength has never been Hunt Jr.’s lack, he has increased power and muscle mass even from this time one year ago. He has tremendous speed, and he even lines up in a pseudo-wildcat formation at times to take snaps and power his way through traffic. Hunt also has great acceleration and can create separation in small spaces, as he proved the past two seasons for the Falcons’ basketball team as an instrumental scorer and distributor. His ability to slither around and through defenses, slicing his way into tight gaps and burning on the other side, is just as advantageous to his success in the backfield as it is driving through the lane, and his speed could be just enough help lift the Falcons past their non-district rival.

Subscribe to Prep Hoops Oklahoma to get access to all premium articles and prospect rankings for as little as $2 per week with an annual subscription!