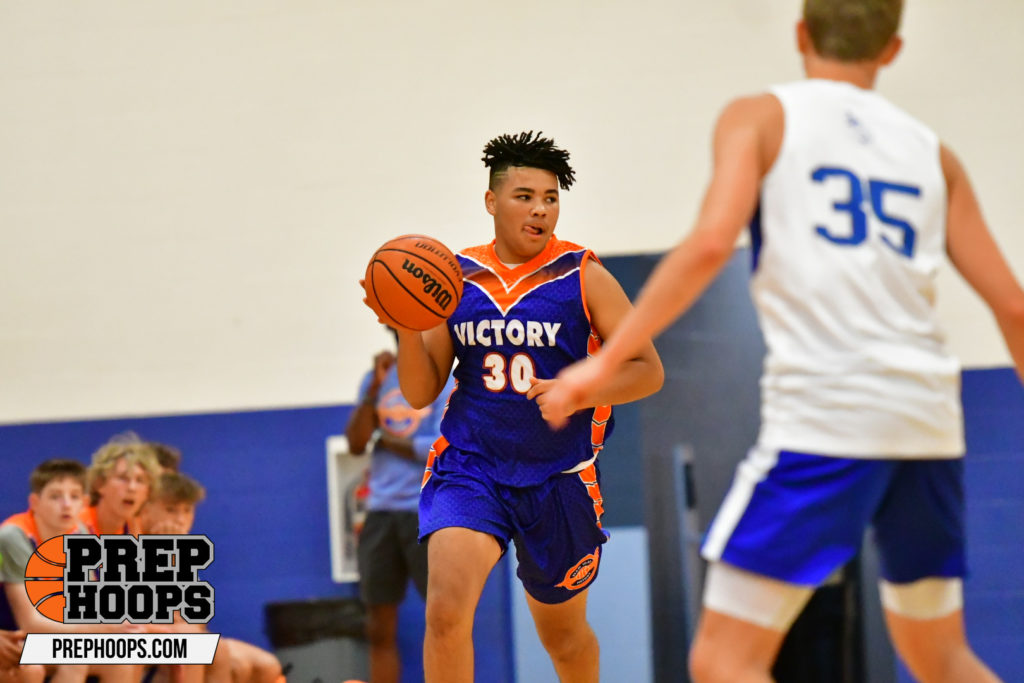 An exciting group of players make up the initial 2024 rankings. The short list omits some small school players who made their varsity debuts as freshmen. And it leaves off some big school guys who were really impressive on the club scene. Those players will have a chance to join the list, and to move up dramatically as the 2024 class sorts itself out.

But for now, here are the players who merited ranking 12-16 in the first version of the 2024 ranking:

Tarver was an important contributor to a pretty balanced Titans team last year. He provided 4.9 points and 1.4 rebounds. His stroke from deep was his strongest asset as a freshmen, highlighted by a five 3-point outing against Wichita Heights. But he’s a long and springy athlete who will round out his game as he matures.

Williams really impressed in the late summer, getting glowing reviews from Prep Hoops scouts at the MAYB Nationals. He is a brilliant ball handler with great quickness who runs the offense and controls the action. He got great minutes as a freshman for Northwest, producing 5.7 points and 1.7 assists and nearly a steal a game.

Coombs was one of the top freshmen scorers in all of Kansas. He poured in 12.6 points per game for Chanute, en route to South East Kansas League second team honors. Now he’s at Great Bend for his sophomore season. He has great range and an accurate touch – about 40% on 3’s at Chanute – from deep. He can catch and shoot, create his own shot off the bounce and handles the ball well in the open floor.

Beisner punctuated a really good freshman year at Beloit with some impressive play for SSA Hoops Elite this summer. He’s long and active in the lane, crashing the boards and blocking shots. He runs the floor and plays hard, understanding all the ways a big man can affect the game. For Beloit, he averaged 7.2 points and 5.2 rebounds as a rookie.

English jumped out at scouts this summer. He was one of the most impressive scorers on the circuit, knocking down long balls at a remarkable rate for Victory Ministries. He’s big and powerful, with unique physical tools for a shooter. He helps handle the ball, plays calm and under control, and can’t be left alone for an instant. It will be interesting to see how his summer translates into high school action this year.