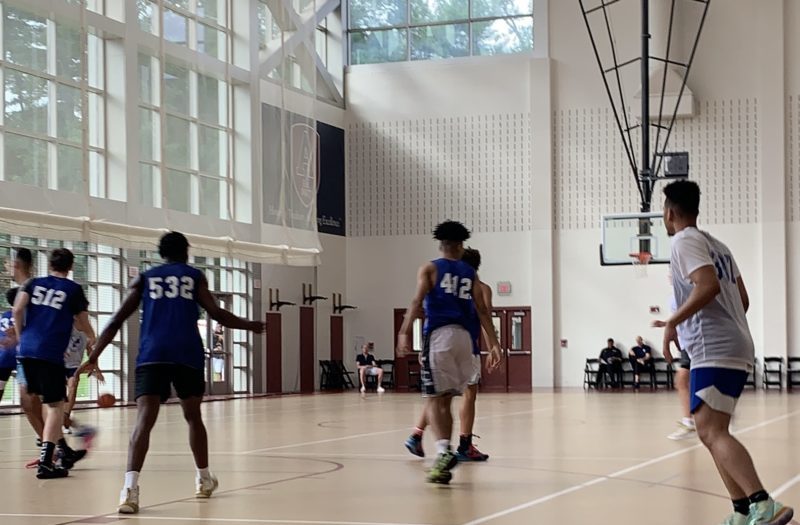 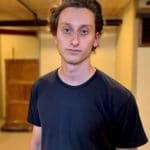 The NEPSAC Showcase was chalk block full of talent at every position. All weekend long, College coaches from every level and division dropped by along with other scouts from several different outlets. With three games at once for over 8 hours each day, there was a ton of high-level severe basketball from some of New England’s top prep school recruits but also a bunch of new names to hit the scene. With so many games to draw from, let’s first review the game notes for Friday’s Loomis vs. Woodstock noon matchup on court one. Stay tuned for more coverage on the weekend.

Caleb Crawford set both the tone and pace of game one early on with his aggressiveness and quick-twitch explosion on his takes to the basket. I was impressed with his ability to generate high-quality looks for his teams and space for himself for open driving lanes. While Crawford assumed the primary initiator position, he took turns operating off the ball and did a good job of moving into space as he showcased a fluid stroke from beyond the arc. Crawford was also constantly looking ahead in transition and helped Loomis convert on several easy breakaway looks with his ability to push the ball up the floor and distribute.

Similar to Crawford, Abidde was an early tone-setter for Loomis. Abidde gave off a modern center / rim-runner who can also stretch the floor, type vibes as he was one of the more versatile players of the weekend given his modern skillset. Abidde seemed comfortable guarding up and down the positional spectrum as his active hands, both in the steal and block department, created havoc for an opposing Woodstock team. What I really liked about Abidde was his constant effort and willingness to run the floor in transition. He finished plays at the rim and stepped out and hit an above the break three to help secure an early lead for Loomis. Abidde, who is from Albany, Georgia, currently holds four D1 offers from Georgia Tech, Mississippi State, Florida Gulf Coast, and Charlestown Southern. Still, as more schools from different regions of the U.S. get eyes on Abidde, I’d expect more offers as we head into the summer.

Another versatile player with positionless potential, similar to Abidde, Smart showed active, hands-on defense, an endless motor, and great footwork on his defensive slides. Capable of finishing above the rim, Smart was opportunistic when exploiting mismatches and did not rush these chances to convert at the basket. Capable of catching lobs both in the half-court and transition settings, Smart always seemed to be in the right place at the right time. Outside of his physicality and endless motor, Smart made several high-level passes from the elbows, where he found cutters for easy backdoor looks, a rare skill for many of the wings out there in the 2022 class. Smart is also from Georgia and currently holds two offers, but similar to Abidde, with more high-level exposure, I’d expect Smart also to have a big summer.

Singleton was my favorite player to watch from game one due to his ability to shoot on the move as a secondary guard paired next to Caleb Crawford. Singleton cashed in on a buzzer-beater three to close out the half, but there was something very ready and mature about his game and more so with his shooting form. Singleton played both guard spots and found effective ways to move off the ball into open space. He created at the helm and was constantly finding ways to fill the lane in transition. From Washington State, Singleton will most certainly be a name to know as he makes his east coast splash at Loomis.

The last time I really got a chance to watch Gittins in depth was during the Kahari Beaufort Skills Academy when snow was still on the ground. During the scrimmage portion of the Academy, Gittins was dynamic both in his ability to finish above the rim as a cutter, and capability to create for himself in the off-the-dribble in the midrange setting. The same kind of intensity translated to the floor on Friday. Gittins is a constant generator of offensive activity with his quick-twitch east-west movements. What impressed me this time around was his activity on the defensive side of the floor. His hands were active, and he was constantly in motion, hustling back to get back on the defensive end and break easy buckets.

Wilson is another guard I’ve seen in the AAU setting with the New Haven Heat, as I was impressed with his decision-making at the helm and constant ability to generate high-quality looks from the top of the key. He showcased great elevation and springiness on his shot as the lefty guard seemed very comfortable pulling up in the midrange but was opportunistic with his takes to the basket. He didn’t force bad shots and found ways to his shooters in the corners with pin-point passes. Wilson also wasn’t afraid of pulling the ball back out and resetting the offense.

Back in the summer of 2018, when I was writing for a different scouting service, Tsering was actually one of the first players I scouted when he played on the AAU scene at the Nesmith Tournament in Springfield, MA. Back then, Tsering played more like a pick and roll big, but Tsering has grown both physically and as a more complete and versatile player since then. With a polished offensive game, Tsering showcased a fluid stroke from deep but what impressed me the most was his ability to find cutters as a high post passer and handle the ball as a 6’7″ wing. Constantly talking and communicating switches on defense, Tsering brought a controlled presence to Woodstock Academy throughout Game One.