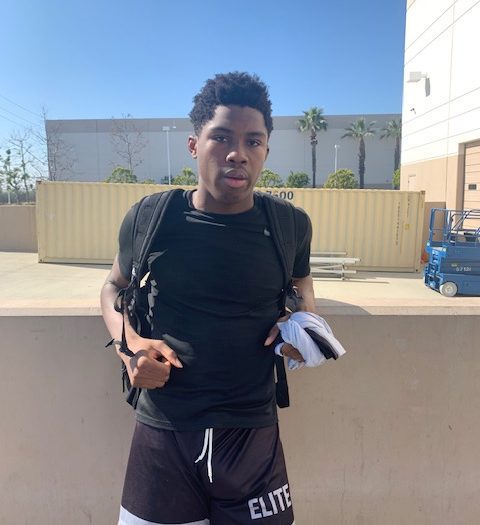 With the high school basketball regular season largely over by now and AAU season getting ready to start, there are still a couple of opportunities for the remaining seniors who may be unsigned. Last week, Beach City Hoops hosted a showcase for some of those seniors still looking for an opportunity to play college basketball.

Here’s a look at some of those players who stood out.

Hardy was one of the better point guard I saw at the event and he’s been kind of flying under the radar the whole season. He’s slight, but he has natural scoring ability and can get to his spots on the court. He pushes the pace in transition and he’s very comfortable attacking the rim and challenging defenders. He can shoot off the dribble and has consistency out to the three-point line. Uses screens effectively. Good ball-handler who can run the offense and set up teammates for easy scoring opportunities.

Akametu is a player I’ve watched for some time now going back to February. He’s a natural wing with some playmaking ability. He’s comfortable with the ball in his hands and making plays whether it’s looking to score/shoot or looking to make the right pass to an open teammate. His finishing ability is strong, he can put the ball on the floor and finish at the rim. He’s become a consistent threat shooting from outside. Defensively, he has the length and agility to be a lockdown defender on the wing; already has good defensive instincts.

Ceballos is another player that I’ve watched for a long time since his freshman/sophomore years at Crossroads. He’s come a long way in his development. He’s a big guard and can use his size to his advantage against smaller defenders. He can play multiple positions and is comfortable playing point guard if need be. He has good court vision; he sees the floor and finds open teammates. Always willing to make the right pass. He can get to the rim and he can shoot from the perimeter. Defensively, he can guard multiple positions as well.

Harris is yet another player that I’ve watched for some time. He was always a solid and steady hand at Windward, providing the team with strong leadership and playmaking. He pushes the ball well in transition and can handle defensive pressure. Good drive and dish player and a good shooter even when under pressure. Reads defenses well and is always looking to make the right play. He can catch and shoot as well as shoot off the dribble. Has the ability to play both guard positions.