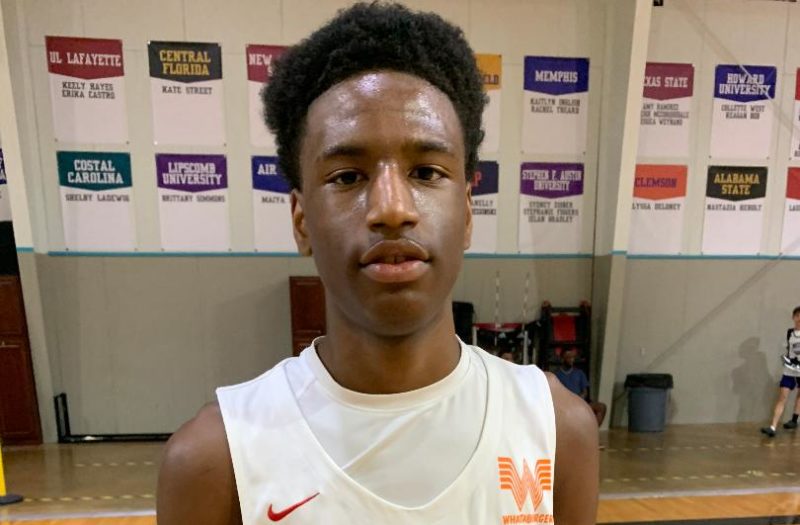 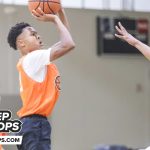 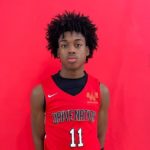 Prep Hoops Circuit’s Space City Collision featured a jam-packed Saturday of elite play in Houston, Texas, and I got the chance to watch some of the top players and teams in the 15U and 16U divisions. More than a handful of players caught my eye on the first day of competition, but these six players stood out above the rest with their big-time play.

Prep Hoops Circuit’s Space City Collision featured a jam-packed Saturday of elite play in Houston, Texas, and I got the chance to watch some of the top players and teams in the 15U and 16U divisions. More than a handful of players caught my eye on the first day of competition, but these six players stood out above the rest with their big-time play.   SG [player_tooltip player_id="1203721" first="Dominic" last="Samuel"] (Photo by: Shane Scholwinski) Dominic Samuel Dominic Samuel 6'2" | SG TX | 6’2" SG | Drive Nation Houston 2024 Black (2024) Samuel is a smooth three-point shooting guard who showed up time after time for Drive Nation Houston and was a key player in their opening game win while scoring 12 points and having the biggest block of the tournament to seal the victory. Samuel is a sniper from beyond the arc and hit four threes in the matchup versus CTX Knights, mostly as a catch-and-shoot option who was quick to pull the trigger. Has really good length as a defender, and it came into play when he blocked a potential game-tying three-pointer as time expired.   Eric Woods

Eric Woods 6'0" | PG Chester W. Nimitz | 2024 State TX | 6’0" CG | Drive Nation Houston 2024 Black (2024) A crafty combo-guard who has ice in his veins as a deep-range shooter, Woods came up clutch for Drive Nation Houston with a big-time dagger from beyond the arc with less than 10 seconds remaining to give them a 65-62 lead over CTX Knights. Woods showed a ton of confidence in his shot and pulled up and nailed the clutch three-pointer from the wing which was his first of the game (finished with 7 points). Woods followed up the big shot with a 14 point performance in game number two and where he knocked down two more three-pointers in the game.   Wonder Kahozi Wonder Kahozi 6'5" | PF Austin Westlake | 2024 TX | 6’5" SF | CTX Knights Basketball 2024 (2024) Kahozi really impressed in the two games I watched him in as the athletic small forward was a menace on the boards consistently bringing down rebounds over taller opponents. Kahozi plays with great strength in the paint, outworks other post players to go up and get the ball, and did a great job of finishing around the bucket with putbacks and layups. He also plays with great anticipation on defense and had 6 blocks across the two games. Kahozi’s finished with stat lines of 8 points, 11 rebounds, 2 blocks (game one), and then he followed that up with 6 points, 8 rebounds, and 4 blocks in his game two performance.   Nasir Rockwell | 6’5" SF | Team United King Phenoms 2023 (2023) Rockwell scored from all three levels in the game I saw, nailing soft jumpers in the mid-range, knocking down pull-up threes, while also attacking the basket and finishing around the rim. A long and lean small forward with high scoring upside, Rockwell can create shots for himself and was one of the more consistent shooters I saw on Saturday as he displayed an array of ways that he can get the ball into the hoop. In the game against The Hoop 2023, Rockwell impressed with pull-up jumpers from the elbow and a top-of-the-key three-pointer where he got little space on an off-ball screen set up for him, yet he still nailed the shot. Rockwell finished the game with 17 points and 6 rebounds.   SG Zavon Spencer (Photo by: Shane Scholwinski) Zavon Spencer | 6’1" SG | CME Elite 2024 (2024) Spencer did a little bit of everything as a scorer for CME Elite in their opening matchup, dropping a game-high 21 points and knocking down 3 threes in the process. Spencer also did a terrific job getting to the basket and using his length and athleticism to finish over opponents. In addition to his offensive output, Spencer played some tough defense and used his length to create turnovers and steals, giving him some easy layups in transition.   Trent Medearis

Trent Medearis 6'0" | PG Hays | 2024 State TX | 6’0" PG | CTX Knights Basketball 2024 (2024) A true floor general with good pace and court vision, Medearis did a great job running point for the CTX Knights on Saturday dropping stat lines of 15 points, 5 assists, and 14 points, 7 assists in the two games I watched. Medearis can finesse his way past defenders and create shots on his own in the mid-range, where he showed to have a soft touch and floater in the lane. He also displayed strong passing ability with on-time dimes and accurate passes to open up teammates for shots. Be on the lookout for Medearis moving forward.

Subscribe to Prep Hoops Louisiana to get access to all premium articles and prospect rankings for as little as $2 per week with an annual subscription!