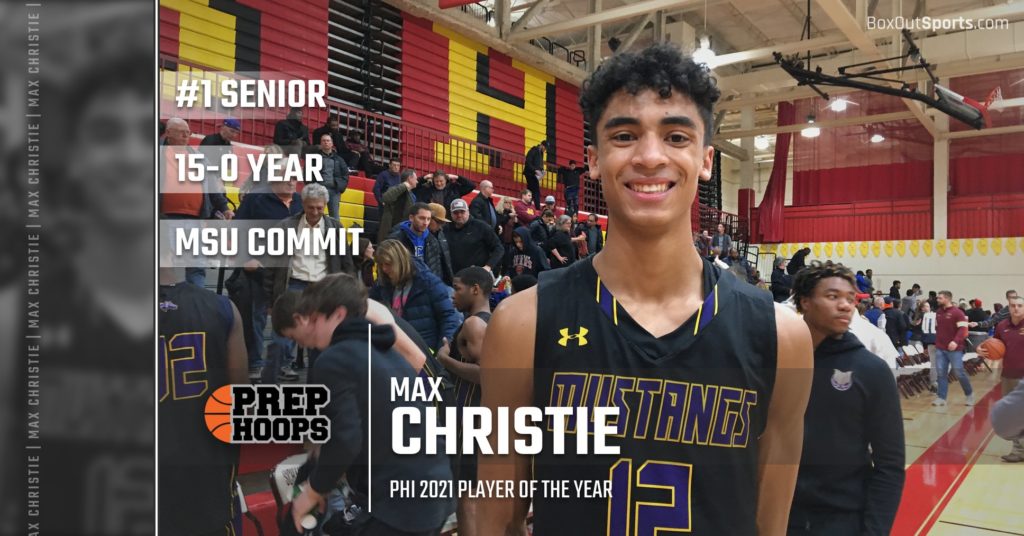 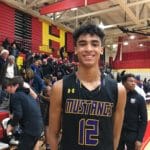 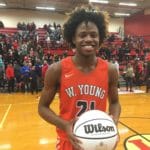 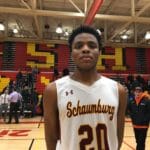 It was an unusual year of high school basketball for sure in 2021.  Half a season and only conference play for most teams across the state.  Selecting a Player of the Year was a difficult choice, but at the end of the day it goes to the best prospect who lead his team to an undefeated season.

Why Max?  Christie has elevated the Rolling Meadows program over the last several years to the point where they finished this season 15-0 while winning a conference championship.  In the past they struggled to win some of the big games, but as a senior he stepped up every single time along with lifting his teammates to new heights where they had a perfect season while posting big time numbers throughout the year.  He is such a skilled three level scorer that knocks down shots from all over the floor and has continued to get better at putting it on the deck getting to the rim or fouled.  Also showed growth throughout his career as a passer, defender, and rebounder.  As a senior he averaged 24 points, 10 rebounds, 4 dimes, 3 steals, and 2 blocks per game.  Also shot a school record 91% from the free throw line!

Look Back on Career

Our first evaluation of Christie came back in 2017 at the Jack Tosh Holiday Classic.  Here were our thoughts from that initial evaluation.

This was our first chance to the see the much hyped 6’4” freshman who has been putting up big numbers early in the season.  Wow were we impressed!  First of all he has a long and lanky frame that is very projectable.  Already has excellent size for the guard position, but he should grow several more inches over the next four years before he gets to college.  Ultra smooth with the rock in his hands.  He plays with such poise for a young player.  Gets wherever he wants with his smooth ball handling.  Likes to finish in the lane with runners/floaters.  Gets to the rim on a fairly consistent basis off the bounce.  Looks good in the transition game always having his head up while weaving through the defense looking to make a play for himself or others.  Clean looking jump shot as he has shown he is a three point threat.  Rebounds well for a wing and is a crisp passer that has point-forward potential.  He was checked much of the game by top 5 senior Zion Griffin who is bigger and much stronger and still went off for the best performance of the day.  He had 23 points and 5 boards.  Christie is a potential high-major prospect and in contention early on for the top spot in the 2021 class in Illinois.

He would claim that top spot in the initial PHI Rankings for the 2021 class and never let go as he went coast to coast as the top player in his class.  The first defining moment for him on the travel team circuit with the Illinois Wolves came when he led his team to a win against a loaded Indiana Elite team at Run N Slam while playing up on the 16U level.

Christie is the best 2021 prospect in Illinois and isn’t close!  Playing up on the 16U level Christie led his team to a win over the #1 ranked 16U team in the country Indiana Elite who was riding a 60 game winning streak coming in.  Christie was the difference as he was the best player on the floor.  The lengthy 6’4” guard is a playmaker with the ball that doesn’t get rattle in big situations.  He is an outstanding perimeter shooter connecting on a quite a few threes in the win.  Electric guard has insane future!  Has five-star national talent written all over him.

Christie started off slow in this game.  He missed a few deep jumpers to open the contest, but as the game went on the sophomore showed his immense skill set.  Quality shooter from deep that hit a handful in this contest.  Great elevation off the floor being able to get his shot off with ease.  Consistent mechanics both pulling up and off the catch.  Most of his jumpers were from beyond the arc, but he mixed in a couple from mid-range including a sweet one dribble pull up.  Slick ball handler that is slippery through traffic.  Couple times he went coast to coast on fantastic drives.  Type of player that can get it off the boards, push in the open floor, and finish at the rim.  Showed off his bounce on an alley-oop and a few explosive takes to the rim.  Rebounded extremely well for his position.  As a passer although I only had him for one dime I thought he did a nice job passing.  His teammates just didn’t connect on them.  Most effective as a drive and kick guy.  On the night he finished with 30 points and 11 rebounds.  High-major all the way!

That following summer he played up on the 17U with the Illinois Wolves.  When the UAA came to the Chicago suburbs he brought his A game!

It was a late night game for the home squad Illinois Wolves on the first night, but it was worth staying for as the top 2021 prospect in the state of Illinois put on an absolute show in the second half.  Showed flashes in the first half on a skilled up and under move along with a three.  He got it rolling in the second half in a major way!  Everything was falling for the 6’5” 5-star talent.  He drilled crisp one dribble pull ups, made an array of threes from all around the arc.  Clean and picture perfect form on his shot.  Also got to the hoop several times on slick drives where he was fouled.  Christie went for 30 points.  On the weekend he averaged 20.8 points on 51% from the field and 43% from beyond the arc.  Also chipped in 4.3 boards a game!

Max Christie 6'4" | SG Rolling Meadows | 2021 State #12 Nation IL thrives on it and is living up to the hype with a dominant start to his junior campaign.  The ultra-smooth two guard has a versatile offensive game which allows him to score from all three levels with such an ease.  He had a deep three early in the game where he got elevation off the floor.  Also mixed in pull up mid-range jumpers from an array of spots on the floor.  That is probably the area he is most comfortable.  He does a great job of creating space and rising up for shots.  He has a wiry frame, but isn’t afraid to create contact on his shot to get the foul. Put in a few runners.  Displayed a nice passing feel getting others involved with his distributing.  Often drew the defender on drives and then found shooters on the other side of court or corners for open looks.  Defensively he guarded Hodges at times.  Struggled a bit with his strength, but once again Christie isn’t a post either.  He did have a nice shot block.  Christie went for 31 points.

With no travel team season because of the pandemic it was evident that Christie had continued to improve his game playing in the Illinois Wolves scrimmages this past fall.

Ultra skilled 6’6” shooting guard that can beat a defense in so many ways.  I came away very impressed with his passing feel in ball screen action.  Drilled an array of threes both pulling up and off the catch.  Knock down shooter that can also take his man down to the post for an up and under move along with a fade away jumper.

Then his senior year he capped it off with a perfect 15-0 campaign while leading his team to a conference championship!

The fall of his sophomore season his recruitment was already a high-major frenzy with offers from Loyola, DePaul, Stanford, Illinois, Northwestern, Florida, Wisconsin, and Purdue with Duke showing significant early interest.

Heading into his junior year his recruitment continues to grow “After USA I picked up offers from Villanova, Virginia, Oregon, and Indiana have all offered.  I am still taking it slow.  There is really no decision coming up soon or cutting list.  It feels great having high level schools offering me scholarships.  Not a lot of 16 year olds get to go through all this.  I am trying to take my time with the help of my parents.  Trying to take it all in and enjoying the process.”

Although most thought he was destined for Duke after taking an early visit there and the Blue Devils making him a priority this would really be a two horse race between the ACC power and their blue blood Big 10 foe Michigan State.  Coach Tom Izzo would get his man as Christie would announce his commitment to the Spartans last July.

This is the first Illinois prospect to go to East Lansing since Alvin Ellis in the 2014 class.  The Spartans have swung and missed on several five stars over the years in Illinois in Jabari Parker, Cliff Alexander, and Jahlil Okafor who at certain times Michigan State was considered in the top group for during their recruitments.  Major credit goes to Tom Izzo, Dane Fife, and Dwayne Stephens for winning this recruiting battle for one of the premier wings in the country.

Max Christie 6'4" | SG Rolling Meadows | 2021 State #12 Nation IL on winning the 2021 PHI Player of the Year.  We wish him the best in his college career at Michigan State and future in the NBA.

Christie joins past PHI Player of the Year Winners: