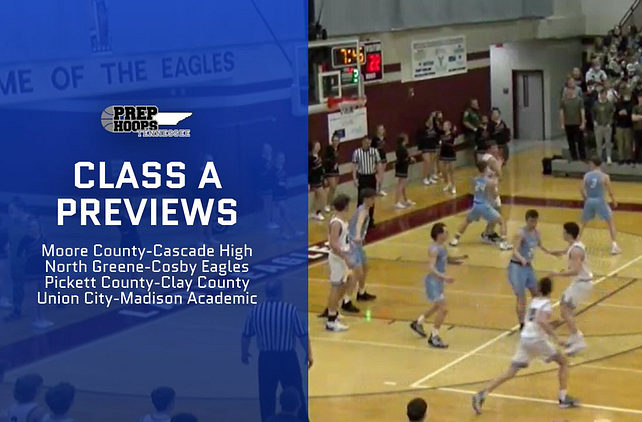 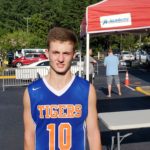 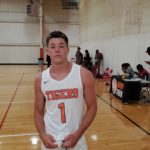 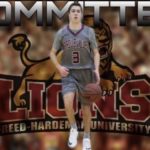 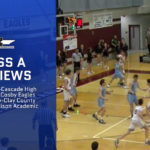 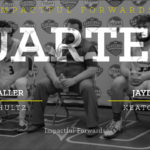 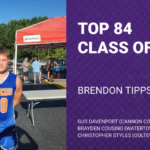 In Class A many of the favorites advanced to the Thursday Regional Final games.  Ten of the District Tournament Champions earned their way into the final 16 teams statewide.

Cosby is a deep, experienced, mature team with stars.  Mr. Basketball Finalist Trey Johnson put up 52 points late January against Greenback. The senior Trey is averaging 29.9 points per game heading into this clash.  Riley Galler is a 6-foot-7 lean big with good feet and both Paxton Coggins and Corey Askew are capable of giving double figures.

Hayden Green and Hunter Workman are huge for us in many ways other than scoring," said Cosby Head Coach Kurt Brooks.  "Hayden runs the point for us and he is a great defender with a high IQ.

In Class A many of the favorites advanced to the Thursday Regional Final games.  Ten of the District Tournament Champions earned their way into the final 16 teams statewide.   Tuesday night three of the 2020 state participants lost.  East Robertson (Eliminated earlier) and Booker T. (DNP) Washington did not make it back.  There are three teams remaining from the eight 2020 qualifiers: Loretto, MAHS, Clay County.  All three Mr. Basketball finalists remain: Trey Johnson (Cosby), Walters Peggs (Madison Academic), Grant Strong

Grant Strong 6'4" | SG Clay County | 2022 State TN (Clay County). Region 1A North Greene (D1 #1) Cosby (D2 #1) Cosby is a deep, experienced, mature team with stars.  Mr. Basketball Finalist Trey Johnson put up 52 points late January against Greenback. The senior Trey is averaging 29.9 points per game heading into this clash.  Riley Galler is a 6-foot-7 lean big with good feet and both Paxton Coggins and Corey Askew are capable of giving double figures. Hayden Green and Hunter Workman are huge for us in many ways other than scoring," said Cosby Head Coach Kurt Brooks.  "Hayden runs the point for us and he is a great defender with a high IQ. Brendon Tipps

Brendon Tipps 5'11" | PG Loretto | 2022 State TN (Loretto) is having a breakout season for the perennial postseason power Mustangs. Green is a sophomore, while Workman (2021) possesses the buy-in of a program veteran. "Workman is the motor that makes us go," said Coach Brooks.  "He is hard-nosed and gritty. He had a game this year where he took 4 charges but only scored 4 points. He is selfless and 100% defense and team first." North Greene is one of the few teams to reach 30 wins this season.  Last year the Huskies’ season ended at Jellico, a team CHS beat twice this year and all four times they played last season.  Judging two teams by their outcomes versus common opponents is admittedly a trepidatious thought experiment. The Eagles of Cosby are not foreign to postseason success and two players, Trey Johnson and Riley Galler, were important members of that 2019 state-participating CHS team.  Facing Eagleville and Ryley McClaran

Grant Strong 6'4" | SG Clay County | 2022 State TN is a nightmare for defenders and defenses at large.  His scoring ability is unrivaled in Class A.  Strong’s shooting stroke will be leaned on, as it always is, for Clay County against that quick, pesky backcourt of Pickett County.  No better guard battle exists this Thursday evening.  https://twitter.com/PrepHoopsTN/status/1366986252168417283?s=20 Pickett County runs out 7ish players and heavily, heavily relies upon the five starters.  Will Amonett 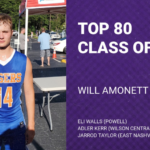 Zach Amonett 6'2" | PG Pickett County | 2022 State TN , John Parker Reagan, Slayde Copland, Hunter Wattenbarger Hunter Wattenbarger 6'2" | SF Pickett County | 2022 State TN . Bobcat Slayde Copeland managed 19 points against a strong Monterey team Tuesday.  Brothers Zach and Will form a beautiful tandem.  Quick feet, quick minds.  Zach is the more prolific scorer but they are both wonderful late in every aspect of late-game action.   Region 4A Cascade (D8 #3) Moore County (D8 #4) Cascade and Moore County earned the #1 and #2 seeds for the District 8 Tournament respectively.  Then they both swiftly lost.  That the two consolation bracket participants advanced to this regional final shows two things.  One, D7A was very weak this season.  Two, Fayetteville and Eagleville won at the wrong time, namely early in the district tournament instead of late in the region tournament.   Now Moore County and Cascade are both guaranteed sectional matches regardless of this outcome. Moore County is among the most methodical, at times pedantic, teams in the state.  They are very crisp with their passes and change the point of attack swiftly.   The Raiders of Moore County are likely to be undersized most nights from here on out.  They stuck Dillon Scruggs on faceup-four Jensen Linton

Jensen Linton 6'5" | SF Eagleville | 2021 State TN successfully.  Scruggs and Colton Bateman provided exceptional effort and results defensively. Moore County Starters Tuesday: #0 Colton Bateman (2022) #3 Riley Holman (2021) #4 Andrew Copeland (2021) #20 Will Harder (2022) #24 Dillon Scruggs (2021) Region 5A Jo Byrns (D9 #1) Richland (D10 #1)   Region 6A West Carroll (D11 #1) Loretto (D12 #1) Facing Loretto in the postseason is a thankless task, but West Carroll is a winning program with competent players. "We are kind of familiar with West Carroll anyways," said Loretto Head Coach Greg Tipps.  "We played them last year in the Region Finals. They have four starters back off of that team.  The depth that they have added have really developed for them." Loretto is coming in with an odd amount of time-off, from February 9th to February 27th. "We didn’t even get to practice for nine days because of the weather," said Loretto Head Coach Greg Tipps Wednesday evening via phone call.  "I thought we were getting ready to get into our groove and were playing well.  We didn’t play particularly well against Bruceton (February 27th).  I thought we followed that up last night with maybe our best ball game, especially from an individual standpoint, following the scouting report.  I am excited about where we are at."  Coach Tipps knew replacing or refueling after three great seniors graduated would be difficult, and he will acknowledge the depth is not the same.  He is seeing great things from his new core though. "I have a senior in Shaler Hankins Shaler Hankins 6'5" | PF Loretto | 2021 State TN who has had a great close to his senior year," said Coach Tipps.  "He has battled a lot of things. He has really come into his own.  He is 6’5" and 220.  He had a gutsy effort last night.  He had 11 points but he had the stomach flu. I have never had a player play through a stomach flu where he threw up three times in the first half. He had to get an IV. He was fortunately feeling a lot better today, but he gave us everything he had."  Coach Tipps is grateful and fully aware that he gets to play a rare, sizable blackcourt. "Last night [Hankins] was not dominant, as he can be, but we don’t win it without him. Tabias Sirmones Tabias Sirmones 6'6" | PF Loretto | 2022 State TN is playing better.  He is a football kid.  He had 11 last night.  At 6’7", and a good athlete, people have to fear us inside.  They can both go for 20 points." Sirmones is joined in the junior class by two really blossoming guards. "Our point guard, [player_tooltip player_id="1018124" first="Brendon" last="Tipps"] had a great game last night.  He had 17, but what made him special last night was his ability handle Huntingdon’s press.  He played 32 minutes and had 0 turnovers.  If he can bottle that, then it changes us.  My senior wing Xavier Young, who has played a lot of basketball for us, had the best game of career last night. He held the other team’s leading scorer to 3 points.  He had 18 and was phenomenal on both ends." The efficiency of the LHS guards is amazing.  Too often shot selection by high school players is questionable or even disturbing.  Loretto gets highly selective and successful shooting from their backcourt. " Caleb Davis Caleb Davis 5'10" | PG Loretto | 2022 State TN provided us with 11," said Coach Tipps. "He did it very efficiently.  Our guards don’t get the pub that some do, because we have the bigs, but Xavier had 18 and was 5-6 from 2.  Brendon was 5-6 from 2 and made two three-pointers. Caleb scored 11 on very few shot attempts. They have to sacrifice a lot." Luke Moore Luke Moore 6'4" | SG Fayette Academy | 2021 State TN (West Carroll) is coming off a big game against Summertown, a team Loretto is intimately familiar with as they play them multiple times each year.  Moore can hit the outside shot, from either wing certainly. " Luke Moore Luke Moore 6'4" | SG Fayette Academy | 2021 State TN , (Jalen) Anglin," asserted Coach Tipps. "That is just two that are good as it gets in A with the skill and the experience that they have.  They have a versatile five that can shoot and pull us out." West Carroll’s junior Josh Clark is a big man with a monster responsibility...guarding Loretto’s size of Tabias Sirmones Tabias Sirmones 6'6" | PF Loretto | 2022 State TN and/or Shaler Hankins Shaler Hankins 6'5" | PF Loretto | 2021 State TN . They are not all LHS boasts for talent, but they are formidable and mandatory marks. January 2021 -- Dudley scored his 1,000th career point in late November.  Jackson Tatum Jackson Tatum 6'3" | SF Perry County | 2021 State TN is a very active rebounder and presence inside.  If not for Loretto’s Tabias Sirmones Tabias Sirmones 6'6" | PF Loretto | 2022 State TN , then Tatum would wreck through Loretto.  Expect both to bounce, bounce for the loose balls.  It will be a fun matchup.  Loretto’s team is deeper for sure.  Aside from Sirmones, Loretto gets scoring from Caleb Davis Caleb Davis 5'10" | PG Loretto | 2022 State TN , Brendon Tipps

Walter Peggs 6'2" | CG Madison | 2021 State TN and Chris Ballard Chris Ballard 6'1" | SG Madison Academic | 2021 State TN are the best Class A senior tandem west of Nashville. Peggs is a frighteningly athletic wing rebounder and scorer.  His dominant season was entirely predictable after his wonderful junior season last winter. Chris Ballard Chris Ballard 6'1" | SG Madison Academic | 2021 State TN is providing a wonderful senior season. He made his debut in the PrepHoopsTN player rankings just last month.  Union City gets absolutely no love from PrepHoopsTN and it is absolutely neglectful.  We just don’t get to see them play.  Though the football team appeared in the state tournament the last 16 years, Union City’s Golden Tornado basketball team also advanced to state five times in the 90’s and won the trophy in 2006 and 2008. Their 2008 team featured two-time Mr. Basketball MJ Brown. Region 8A MASE defeated MASE already.