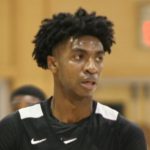 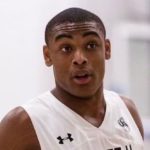 The updated 2021 rankings are finally here! Almost 350 are part of the new update as over 50 players were added to the rankings. The top five experienced no change as the year was filled with the unexpected.

Trey Patterson 6'7" | SF Rutgers Prep | 2021 State #36 Nation NJ retained his spot at the top of the rankings even with his departure to Villanova. The 6’8 wing is adept at getting to the basket and knows how to draw contact. Patterson can also knock down jumpers from deep and has the ability to defend multiple positions.

Akoldah Gak Akoldah Gak 6'11" | C Blair Academy | 2021 State NJ is another member of the top five who maintains his status despite him leaving for the Illawarra Hawks in the NBL. The 6’11 big man runs the floor well and has a nice touch around the basket. Gak has a nice release on his free throws and shows the ability to step outside to knock down jumpers.

Jaylen Blakes 6'1" | PG Blair Academy | 2021 State #121 Nation NJ and  Samson Johnson Samson Johnson 6'10" | PF Patrick School | 2021 State #145 Nation NJ have both been vying for position within the top three, but in different ways. The former has played very few games against outside competition with Blair having its own bubble for intra-squad scrimmages. Blakes has shown his command for the offense in those games and the ability to make plays once he gets into the lane.

Johnson has starred for the Patrick School this season as the Celtics have played a tough schedule in the Garden State. The UConn commit is a lanky stretch four who has a strong face-up game and a good release on his jumper. He uses his length to altar shots around the basket and moves his feet well on the defensive end.

Camden Catholic’s  Zach Hicks Zach Hicks 6'7" | SF Camden Catholic | 2021 State #154 Nation NJ rounds out the top five as he has been consistent for the Irish all season long. The Temple commit is a smooth scorer on the offensive end as he is a threat to score at all three levels. Hicks can defend multiple positions on the floor and is an underrated rebounder.

Providence commit  Rafael Castro Rafael Castro 6'9" | PF Dover | 2021 State #157 Nation NJ  checks in at number six, but he was unfortunately unable to play in a game this season. The 6’10 combo forward was set to dominate the state with his combination of size, length, talent and athleticism. Castro had the potential to make a run at the All-State team, but that was not the case unfortunately.

Olympus Prep guard  Tyrell Moore Tyrell Moore 6'7" | SG Olympus Prep | 2021 State NJ  experienced the biggest jump in the rankings as he rose nearly 200 spots. The 6’7 wing has a good handle and the ability to finish through traffic around the basket. Moore also possesses a nice release on his jumper and has the potential to defend multiple positions at the next level.

The point guard position is the most represented in the rankings with 93 players, followed by shooting guards with 89. Blakes and  Rayshawn Ford Rayshawn Ford 6'2" | SG St. Peter's Prep | 2021 State NJ  lead those groups respectively. Power forwards and small forwards have the most representation in the top 10 with three apiece as Patterson and Johnson sit on top.

The updated 2021 rankings are finally here as it corresponds with the end of the 2021 season.