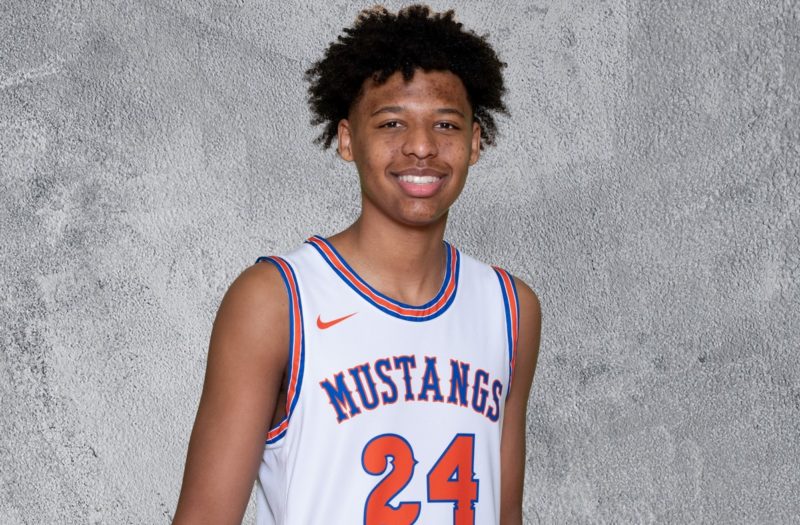 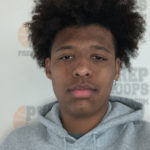 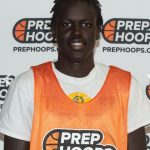 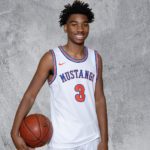 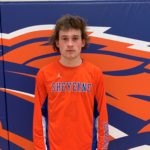 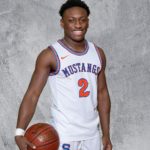 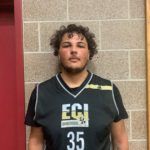 North took the lead early and was in control for most of the first half. Sheyenne would tie it up 23-23 with 7:56 left in the half. Both teams held the lead for short periods of time. Sheyenne made a mini-run late and went into halftime with a four-point lead.

The Mustangs came out in the second half and dominated. They showed why they are #1 in North Dakota. The Mustangs have to much size and talent and they imposed their will upon the Spartans. The Mustangs now have 17 straights wins, a new school record.

Here are the top players from tonight’s game:

Jacksen Moni 6'9" | PF West Fargo Sheyenne | 2021 State ND (2021) |6-10 F| West Fargo Sheyenne – 24 pts, 1 triple, and 10-11 at the free-throw line. Jacksen scored the first basket of the game off an offensive rebound. Like always, he was dominant on the offensive boards. Jacksen blocked multiple shots in the game. He was very effective in the screen and roll game in the second half. Jacksen put on a show from the free-throw line tonight. He has quick hands like a guard. Jacksen stripped the basketball from offensive players multiple times in the game. His lone 3-pointer came from the right-wing in the second half. Jacksen is exceptional at absorbing contact and finishing the play. He had multiple “And 1’s”. I like his soft touch around the basket. Sheyenne runs a nice “set” every game for a backdoor layup. Tonight, Jacksen dropped a dime to Anderson in the second half for an easy backdoor bucket. For a 6-10 center, Jacksen is an exceptional passer with unlimited potential.

Gage Anderson 5'10" | PG West Fargo Sheyenne | 2021 State ND (2021) |5-10 G| West Fargo Sheyenne – 20 pts, one 3-pointer, and 3-3 from the charity stripe. I think Gage is quicker and fast than most people think. He had multiple steals that led to wide-open layups tonight. He was great with the pick and roll in the second half. I liked how gage came off the screen and penetrated until the help stepped up, from there he dropped dimes to Moni. Gage had an impressive quick left-handed drive in the second half that he finished through contact. He was fouled on the play and knocked the FT down for a 3-point play. Gage is an electric cutter. He scored multiple times in the second half because of his basket IQ and court awareness. He may very well be the most improved player in the EDC. Gage is player with great confidence, and he has the Mustangs on a roll.

3. Ryan Manly Ryan Manly 6'2" | SG Fargo North | 2021 State ND (2021) |6-2 G| Fargo North – 19 points, and four 3-points in the second half. I like his aggressiveness; he is always in attack mode. Ryan has a nice cross-over move. Ryan is excellent at penetrating into the lane and pulling-up short for the jumper before the help defender gets there. He showed off his vertical when he was high-pointing rebounds. I was impressed with his long and quick first step. Ryan had an offensive rebound off one of his missed FT’s. This showed great concentration and hustle.

4. Luke Loberg Luke Loberg 6'4" | SF Fargo North | 2022 State ND (2022) |6-4 F| Fargo North – 15 points and 3 triples. He has a great first half with 11 points. Luke scored the first basket of the game for the Spartans with a right-wing triple. His next triple came from the corner off a BLOB. His last triple came from beyond college range on the right-wing. I liked how he battled inside with the Mustang “bigs”. Luke gets his 3-point shot off quickly with a high release. He showed a clever hesitation move when attacking the basket. Luke is not afraid of contact and he has great energy.

Jah’Heem Leake 6'8" | C West Fargo Sheyenne | 2021 State ND (2021) |6-8 F| West Fargo Sheyenne – 14 points, one 3-pointer, and 3-3 from the line. He is great at deep outlets up the floor after a rebound. Jah’Heem added another play to his highlight-reel with a powerful two-handed slam. He showed his shooting ability with a deep 2-pointer inside the key, and a right-wing triple. As always, he was brilliant on the offensive rebounds. Jah’Heem dropped a dime to a cutting Anderson in the second half. I was impressed with how he finished through contact.

Barika Kpeenu 5'11" | PG West Fargo Sheyenne | 2021 State ND (2021) |5-11 G| West Fargo Sheyenne – 12 points, 1 three-pointer, and 5-8 from the charity stripe. He made a nice bank-shot jumper from 15 feet in the first half. His 3-pointer came from the top of the key. Barika has great anticipatory skills. He is an unselfish passer. When you look at his explosiveness and his demeanor it is easy to see why he is going to be a D1 football recruit.

Jalen May 6'3" | SF Fargo North | 2022 State ND (2022) |6-3 F| Fargo North – 13 points, 3 triples, and 2-2 from the line. All his points came in the first half. Jalen moves well without the ball. He is an in-rhythm shooter with good feet. His coach has high trust in him because he shot and made the technical FT’s in the first half. I was impressed with his unselfish cross-lane pass to a teammate when he was doubled on the block.

8. Aiden Carlson (2021) |6-4 F| Fargo North – 12 points and 2-3 from the line. He is a physical frontcourt play that does not shy away from contact. Aiden showed off his athleticism with a reverse layup. He is a strong muscular player.

Michael Nhial 6'7" | SF West Fargo Sheyenne | 2022 State ND (2022) |6-6 F| West Fargo Sheyenne – 6 points and 2-2 from the line. He is a star on the rise. Michael has an unbelievable amount of potential. He had a great O-board in the first half and an even better finish. Michael is left-handed but he can attack and finish with is right. He showed his flexibility and balance with a reverse layup tonight.