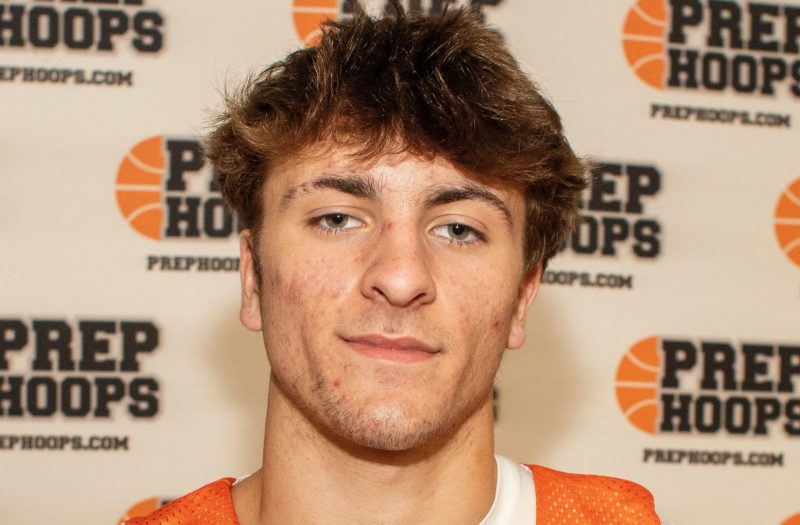 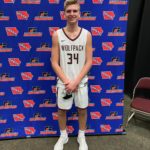 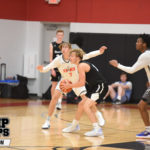 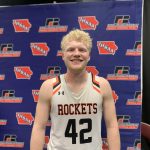 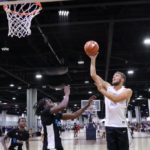 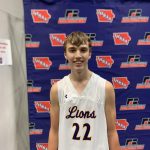 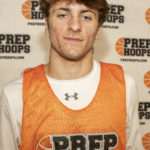 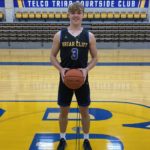 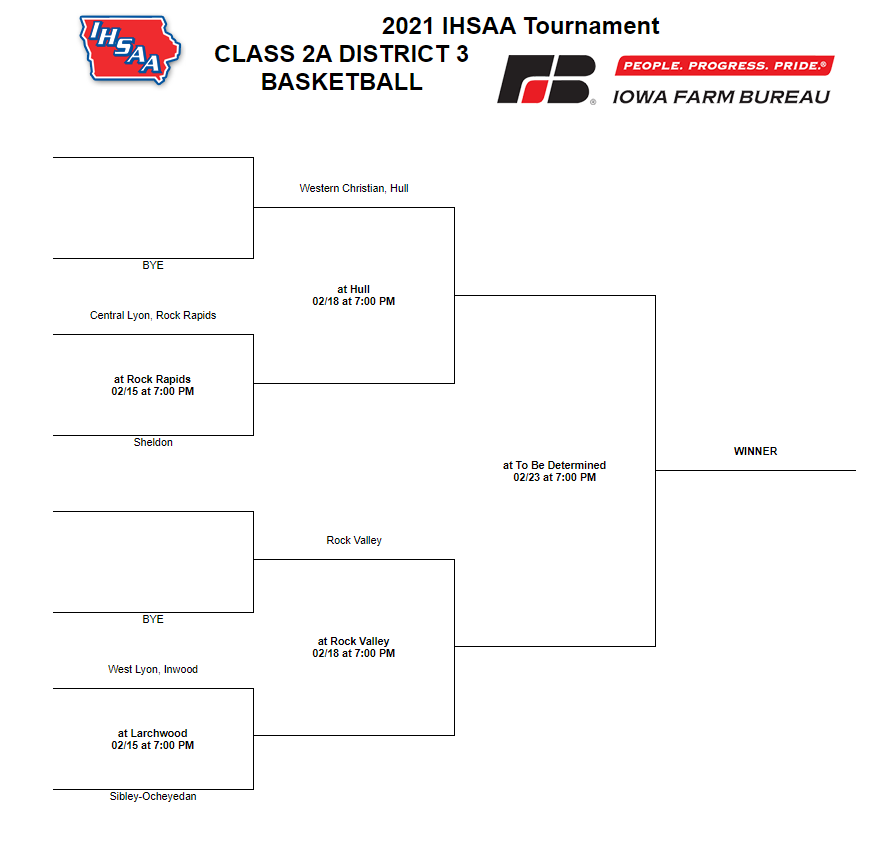 The favorite: Perennial power Western Christian earned the top-seed in this district, but their path won’t be easy. The Wolfpack are led by junior forward Ty Van Essen

Ty Van Essen 6'4" | PF Western Christian | 2022 State IA (16.1, 8.1 rebounds), a versatile threat who can fill it up inside and out, posting 59-54-71 shooting splits. Fellow junior Wyatt Gulker (11.7, 42.1 3P%) gives them another strong scoring threat, and the Pack shoots 38.8% from behind the arc as a team. A disciplined team that shares the ball well, Western earned the right to be the favorite here, as they’ve largely dominated the 2A competition that they’ve played this year.

The biggest threat: Rock Valley opened the year highly ranked by us in 2A before getting off to a shaky 2-2 start. They’re 11-2 since the holiday break, with each loss coming by a single point – against a Spirit Lake team that has been ranked for most of the year, and top-ranked Boyden-Hull in overtime. The Rockets are playing excellent basketball, and a district final against Western Christian would be a must-see. This group is led by a trio of juniors who average in double-figures in Bryson Van Grootheest

Sam Remmerde 6'3" | PF Rock Valley | 2022 State IA (10.4). A deep and talented team, this group likely opens next season as the top-ranked team in 2A, regardless of what happens in this district. If they want to beat Western in the final, they have to take better care of the ball (15.5 turnovers a game).

Mason Gerleman 6'0" | SG Central Lyon | 2022 State IA (13.2) gives them a knockdown shooter as well. West Lyon has played Rock Valley tight twice, losing by eight and seven points. They’re a group that is balanced, led by junior Caleb Folkens (11.4), and they crash the offensive glass hard, pulling down 11.2 offensive boards a game. Their athleticism and physicality could create some issues. 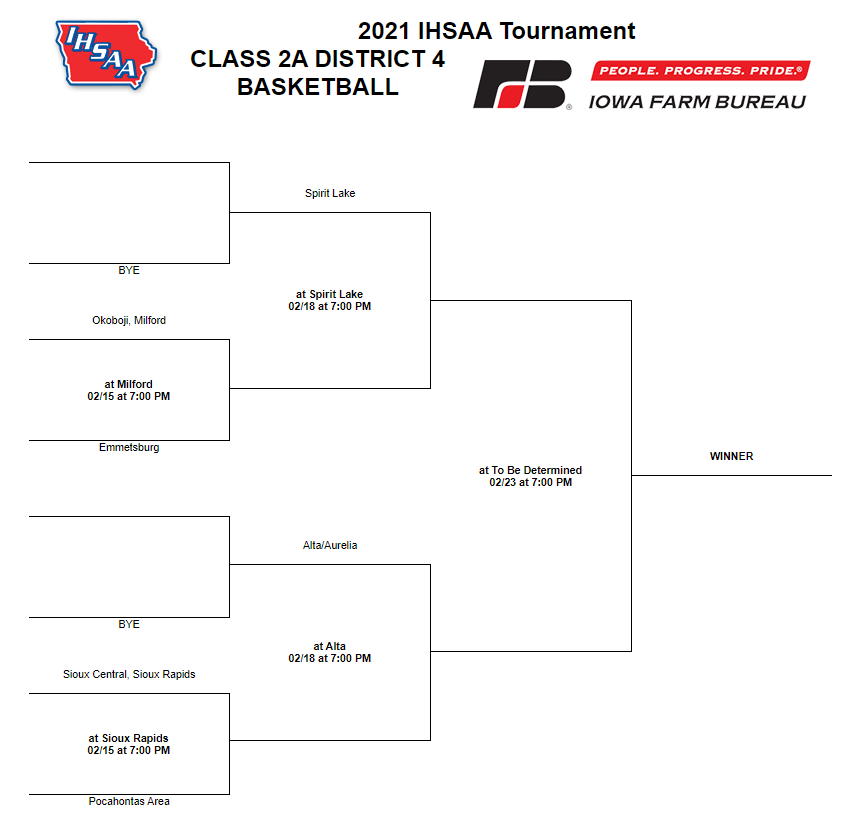 The favorite: Two of the three best players in this district play for Spirit Lake in senior forward Creighton Morisch (17.6, 8.1 rebounds) and junior wing Vance Katzfey

Vance Katzfey 6'3" | SG Boyden-Hull | 2022 State IA (14.6). The Indians have played a ton of close games this year, going 8-3 in games decided by single digits, including an eye-popping 5-2 in games decided by two or fewer points. This team does a good job protecting the ball and they have some solid shooters alongside their top two who can knock down open looks. They’ve proven themselves with quality wins over teams like Spencer, Central Lyon, Rock Valley, Western Christian, and Sioux City East, so nothing that teams in this district can throw at them will intimidate them.

The biggest threat: Alta-Aurelia is the #2 seed in this district, but they’re stumbling a bit down the stretch, losing three straight at the time of writing. The Warriors have a trio of double-figure scorers to lean on in senior Cade Rohwer (19.4, 9.1 rebounds), senior Trey Englemann (15.6), and junior Tanner Randall (12.5, 41.4 3P%). Like Spirit Lake, they do a pretty good job protecting the ball, and they have the added edge of having a first-round bye.

Lucas Lorenzen 6'4" | SF Okoboji | 2022 State IA (25.4, 8.9 rebounds) back from injury, and that is huge for the Pioneers. Lorenzen has played in just eight games this year, missing the middle of the year with an injury, but he’s back, and he’s a major problem for teams with his ability to score from anywhere (49-46-83 shooting splits) and dominate the glass. Senior guard Will Jensen (15.8) stepped up his play in Lorenzen’s absence, and that gives them another strong piece that teams need to account for. With Lorenzen back in the lineup, this team is completely different.

Western Christian vs. Spirit Lake, Round 3? Sign us up. These teams split their two meetings this year, with Spirit Lake winning the latest meeting, 68-60, on February 9. In that game, the Indians shot 7-8 from behind the arc and were 68.6% from the floor. Can that be repeated? Unlikely. As a result, we’re taking Western Christian here, as the Wolfpack make their 22nd state tournament appearance.