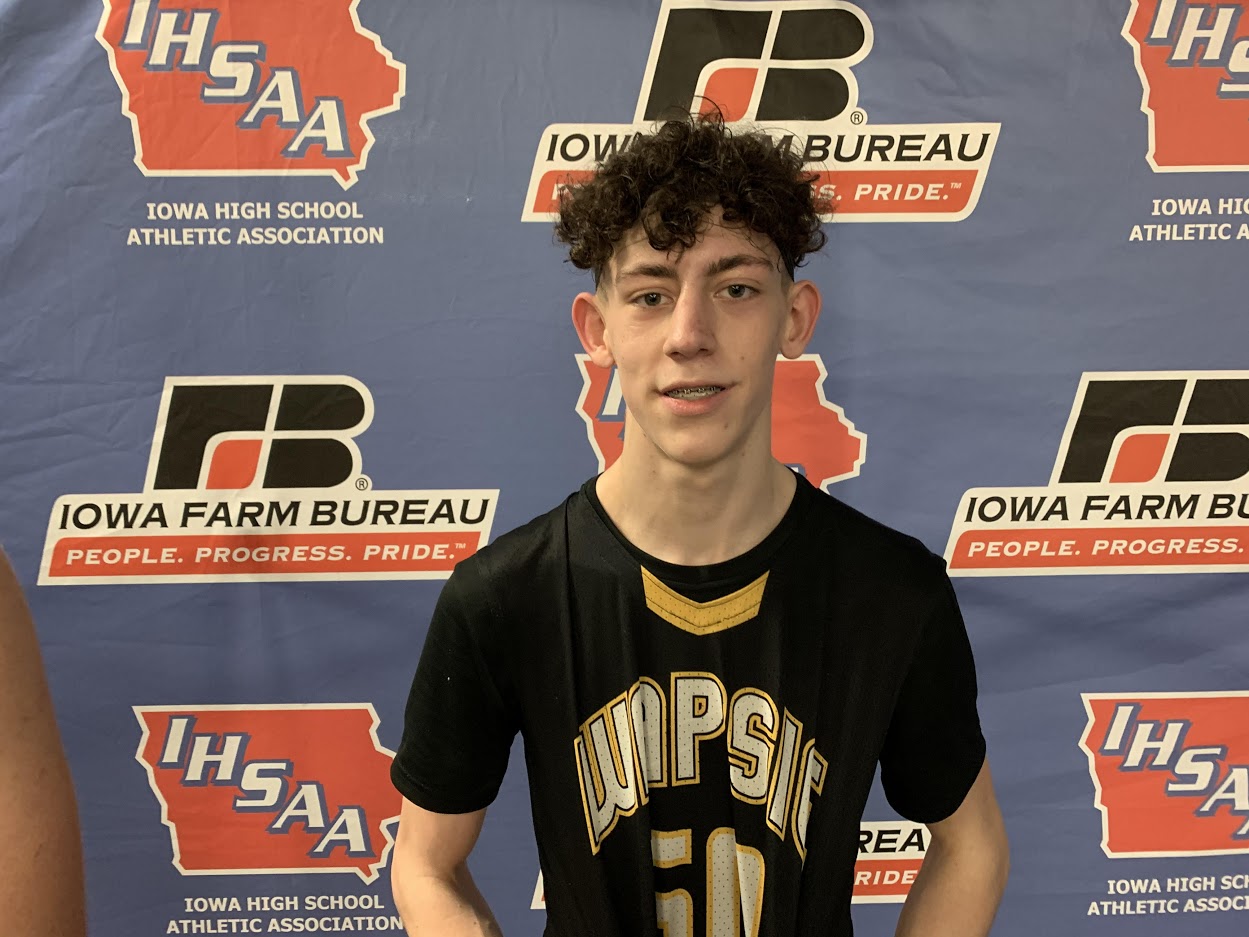 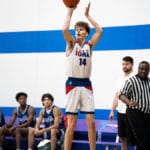 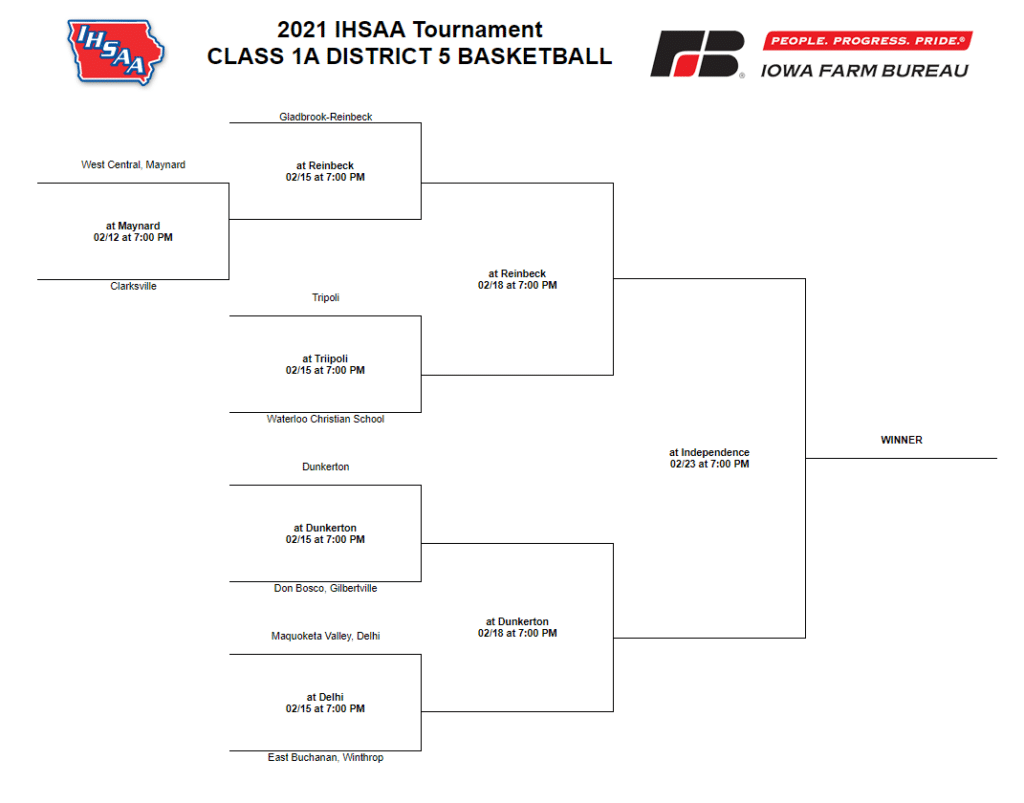 The favorite: The competition that Gladbrook-Reinbeck plays in the North Iowa Cedar League is significantly tougher than the teams in the Iowa Star face, and that’s likely a big reason that the Rebels were voted as the district’s top seed. Led by sophomore guard William Kiburis (18.3), the Rebels have an eight-game winning streak going as of time of writing. Senior guard Dylan Riffey (12.6, 48.3 3P%) is a dynamic shooting threat alongside Kiburis, while Tristen Sanford-Anders (9.6, 8.4 rebounds) gives them some size and physicality in the paint. This group is strong defensively, allowing just 47.1 points a game, and they’ll have the best player in the district in Kiburis.

The biggest threat: A young Dunkerton team has enjoyed a nice bounceback season this year after an uncharacteristically down year in 2019-20. The Raiders are led by a fantastic sophomore lead guard, Casey Gardner (11.2, 7.8 assists), who ranks among the state leaders in assists. Junior big man Kaden Behrens (13.9) is an efficient forward who shoots just under 65% from the floor, while senior wing Jake Kennedy Jake Kennedy 6'0" | SG Dunkerton | 2021 State IA (10.0) gives them another solid perimeter scoring threat. Kennedy is the only senior among the top six scorers, so look for the Raiders to be even better next year, but they’ll be a dangerous team for Gladbrook-Reinbeck, should they meet in the district final.

The dark horse: Maquoketa Valley swept quarterfinal opponent East Buchanan this year, and they should make it three straight against the Raiders, meaning they’ll get a semifinal matchup against Dunkerton. The Wildcats are led by senior guard Andrew Holtz (14.2, 43.1 3P%) and sophomore Avery Holtz (9.8, 3.9 assists), giving them a solid backcourt. They like to play at a slower pace, and if they could get a district final meeting with G-R played in the 40s, anything can happen. 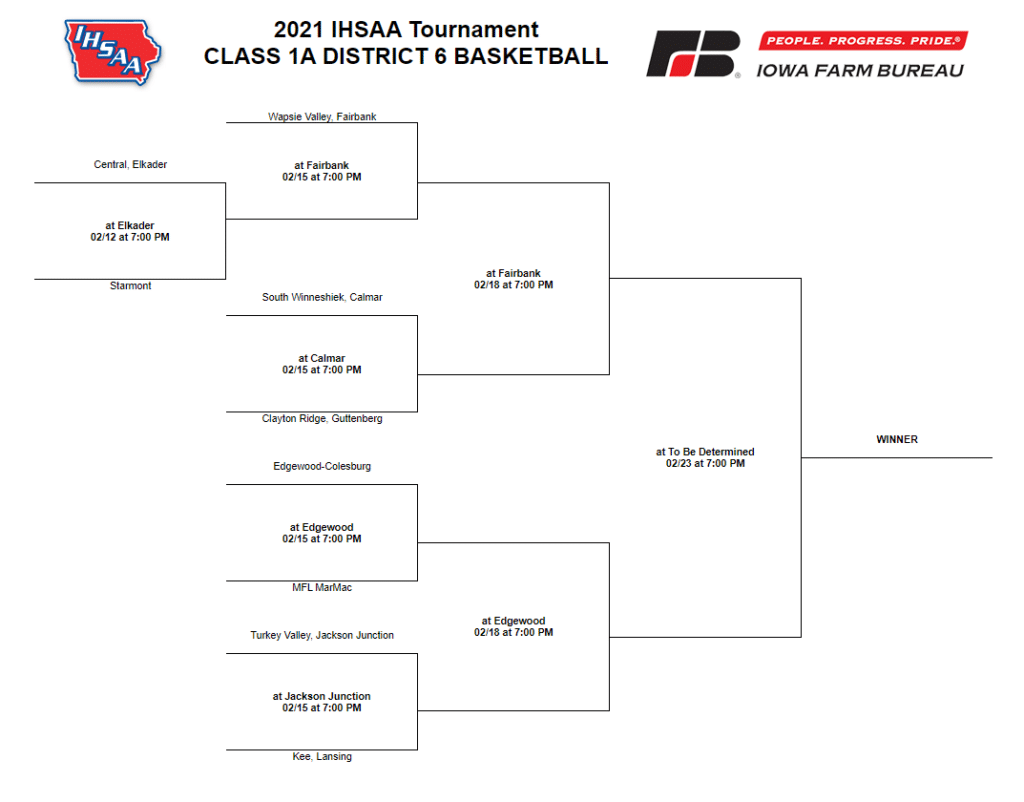 The favorite: Defending champion Wapsie Valley plays an almost entirely 2A schedule in the North Iowa Cedar League, and that should benefit them come postseason play. The Warriors have played just two games against 1A teams so far, a 67-35 win over MFL-Mar-Mac and a 66-41 win over Tripoli. They’re led by the veteran backcourt of Blayde Bellis Blayde Bellis 5'9" | PG Wapsie Valley | 2021 State IA (11.9) and Kobe Risse Kobe Risse 6'0" | PG Wapsie Valley | 2021 State IA (10.1), who combine to average 9.3 assists a game in addition to their scoring. They are both four-year starters for Wapsie, giving them a ton of experience in the backcourt. Junior wing Gunner Meyer

The biggest threat: Edgewood-Colesburg has been really good this year, with their three losses coming to undefeated North Linn (by three), undefeated Easton Valley (by three) and a Springville team that has been ranked in the top three for a majority of the year. The Vikings are led by senior guard Parker Rochford Parker Rochford 6'0" | SG Edgewood-Colesburg | 2021 State IA (16.7, 5.0 assists), a physical guard who can score inside and out and control the game on both ends of the floor. Junior Jack Wiskus (11.9, 42.5 3P%) has emerged as a strong shooting threat alongside Rochford, and Mason Ashline (10.0) is an efficient option on the interior. They get their first two games at home and should be heavy favorites in both, setting up a (likely) district final against Wapsie.

The dark horse: Turkey Valley has won six of their last seven and have a trio of double-figure scorers in Kalvin Langreck (15.6), Garrett Kurtenbach (12.6), and Calvin Bodensteiner (10.2). They do a fairly good job at limiting turnovers and like to play at a more deliberate pace. They avoid Wapsie until the district final, where anything could happen.

A young, inexperienced Gladbrook-Reinbeck team versus an experienced Wapsie Valley team looking to defend their title would make for an interesting and entertaining substate final. The experience and talent of the Warriors lead Wapsie Valley back to Des Moines, where they’ll have a shot at defending their championship.