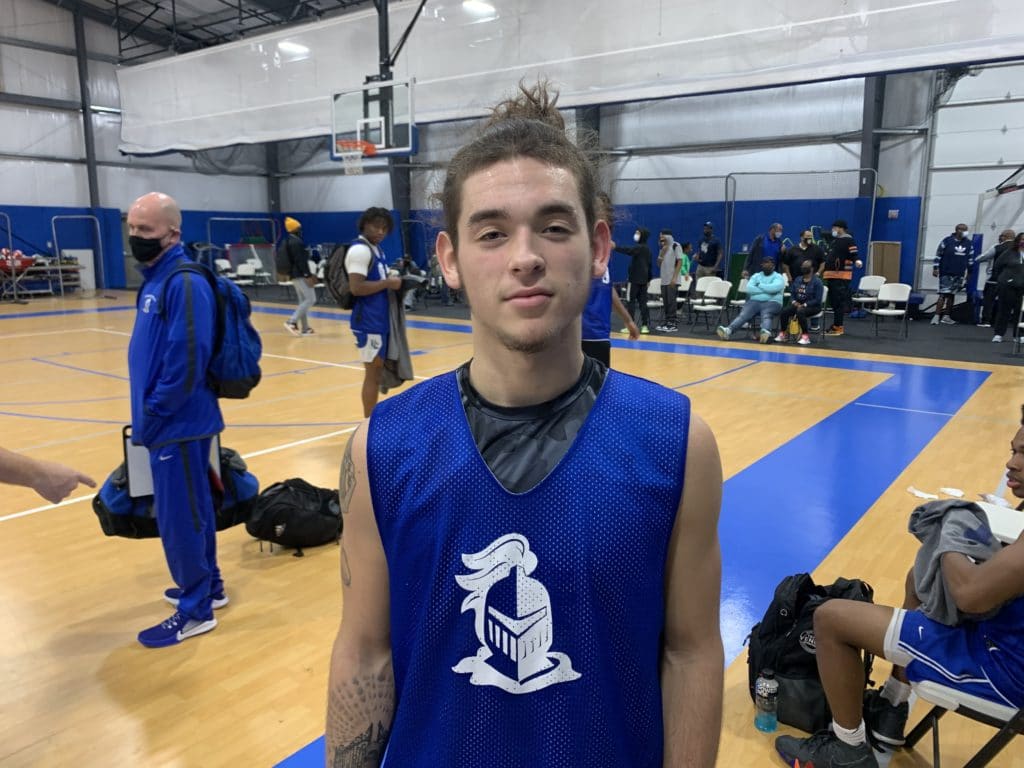 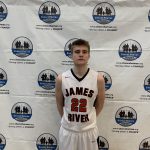 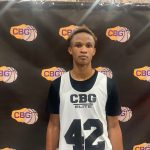 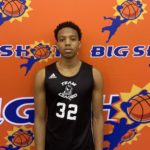 As we updated our new junior class rankings, we added over 40 new names to the list. There were quite a few reasons for the influx of new names, the biggest one being that we extended the rankings from 75 to 125 prospects, but we also had guys transfer in, guys transfer out, new names emerge and as always, we also just flat out forgot some guys which I’m sure we did in this one as well.

Regardless, we will take a look at the new names in our rankings, starting with part four featuring 9 guys we have added from the last rankings.

Highsmith is an intriguing prospect at his size, and while he’s still pretty raw he makes na impact with his motor and length in the paint. He continues to improve in his strength and his motor, and when he plays well he’s able to make an impact on both ends in the paint as a rim protector, a finisher around the basket and a rebounder. He’ll be one to keep an eye on moving forward as he continues to develop and improve.

CJ Highsmith 6'11" | C Richmond Christian | 2022 State VA | 6’9” C | Richmond Christian (#99 Overall) Highsmith is an intriguing prospect at his size, and while he’s still pretty raw he makes na impact with his motor and length in the paint. He continues to improve in his strength and his motor, and when he plays well he’s able to make an impact on both ends in the paint as a rim protector, a finisher around the basket and a rebounder. He’ll be one to keep an eye on moving forward as he continues to develop and improve. Matthew Gray Matthew Gray 6'6" | SF Flint Hill | 2022 State VA | 6’4” SF | Flint Hill (#105 Overall) Gray is an intriguing prospect who’s on the rise as part of a Flint Hill team that’s on the rise as well. He has a prototypical frame on the wing and is a good athlete that can jump passing lanes and get downhill where he can use his frame to finish through traffic at the rim. He has a budding skill set as he’s getting better and he’s a hard worker with a good motor meaning he’ll likely continue to get better. Elijah Easter Elijah Easter 5'9" | PG Freedom South Riding | 2022 State VA | 5’9” PG | Freedom South Riding (#106 Overall) A second team All Region selection last year, Easter is a guy who can really go with the ball in his hands and sets the tone on both ends of the floor for his team. He’s shifty with the ball in his hands and can get downhill by changing speeds and directions, and he’s able to score it well from multiple levels with his craftiness and ability to stop on a dime. He has good vision and playmaking ability, he guards the ball well and jumps passing lanes defensively and he has a competitive chip and a good motor at all times. CJ Bailey CJ Bailey 6'1" | CG Cape Henry | 2022 State VA | 6’1” CG | Cape Henry (#107 Overall) Bailey is a guy we may have too low, as he announced recently he has decided to reclassify after starting at Cape the past two seasons. He’s an excellent glue guy who can play both guard positions, brings it on both ends of the floor and finds ways to impact the game across the board. He’s a strong and shifty guy off the bounce with good finishing ability in traffic, he’s a good defender both on and off the ball and he plays with a good motor that brings energy to his team. Brian McNeil Jr. Brian McNeil Jr. 6'1" | CG Potomac School | 2022 State VA | 6’0” CG | Potomac School (#108 Overall) A strong and athletic combo guard, McNeil is poised for a breakout year moving forward and looked very good over the summer and the fall. He has a good frame and good end-to-end speed, he’s a good defender both on and off the ball and he’s able to get the rim and finish through traffic with his footwork and strength. He’s a slashing guard that’s very tough to keep out of the lane and he’s able to make plays off the bounce for others as well. Darrian Taylor Darrian Taylor 6'4" | PF LC Bird | 2022 State VA | 6’3” CG | LC Bird (#111 Overall) Taylor is a glue guy for a talented Bird team who brings good strength and athleticism, and is one of the best perimeter defenders in the Richmond area. He’s a guy who flies all over the court in the press, he jumps passing lanes and he has quick feet and good strength to keep ball handlers in front of him. He has a quick first step and a changes speeds well, and he’s able to get to the rim in isolation situations pretty easily. Khalil Ward

Khalil Ward 6'2" | SG Richmond Christian | 2022 State VA | 6’2” SG | Richmond Christian (#113 Overall) Ward is another Richmond Christian prospect that’s intriguing as he is a freak athlete with very long arms and he’s able to make plays others simply aren’t able to. He rebounds the ball well for a guard and uses his length and athleticism to make plays on the defensive end, and he brings great energy to his team by playing above the rim. He has tons of potential and continues to get better, and as he continues to polish up he’ll be someone coaches should be involved with moving forward. Patrick Clevenger

Patrick Clevenger 6'6" | SF James River (Buchanan) | 2022 State VA | 6’5” SF | James River (Buchanan) (#114 Overall) Clevenger is a guy who burst onto the scene last year and is a part of a James River group that should be able to compete with anyone in Class 2 this year. The 6’5” wing is a guy with great size and a very good skill set at that size, which makes him very tough to matchup with and very effective in a number of ways. He’s a guy who can shoot it from deep and get to spots off the bounce, he can rebound the basketball well on both ends and he has a good feel as well. Stylz Gardner Stylz Gardner 5'11" | CG Peninsula Catholic | 2023 State VA | 5’11” CG | Peninsula Catholic (#115 Overall) Gardner has gotten off to a terrific start for PC this season, and he’s one of the top shooters in the 757 regardless of class. He’s a smooth combo that can handle it and get his team into sets, but he really thrives off the basketball as he shoots it at a high clip from deep and has a lightning quick release and deep range. He brings toughness and a good IQ to his team, and he always seems to bring it against good teams and in big situations.