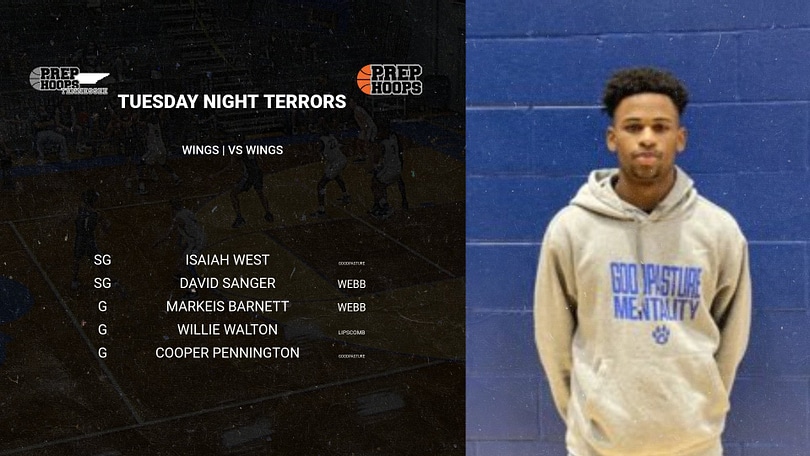 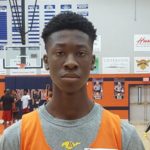 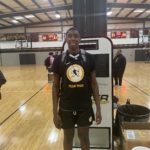 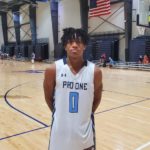 David Sanger David Sanger 6'1" | SG Knoxville Webb | 2021 State TN (Knoxville Webb) vs. Lakeway Christian: Wonderful shooting night for a player that takes plenty of outside shots to varying degrees of success.  Tuesday was one of his hot nights for sure.

Webb put their foot on the gas. They now are comfortably in control, as I expected they would be throughout the night.

32-17. David Sanger's shooting has been the backbone of the third quarter run.

Markeis Barnett (Knoxville Webb) vs. Lakeway Christian: Exciting freshman star.  Jarring quickness. Barnett still needs to figure out where he fits in to the offense.  Frankly, Barnett’s strengths do not smoothly align with the Knoxville Webb offense.  Barnett is a classic slasher for a team that helps outside shooters thrive.  Markeis is best in the open floor and pressuring/trapping the ball.  He was exceptional in these two facets Tuesday. Barnett committed too many turnovers though.

Isaiah West 6'3" | SG Goodpasture | 2023 State #180 Nation TN (Goodpasture) vs. Lipscomb Academy: Finished the night with 19 points, most of them in the second half.  Isaiah West

Isaiah West 6'3" | SG Goodpasture | 2023 State #180 Nation TN is supremely physical and wonderfully athletic at such a young age.  Still, his game was a bit uneven in the opening half against a hungry Lipscomb Academy team.  His success came largely in the open floor. In the halfcourt West appeared a touch lethargic.  The shots were not falling in the halfcourt. Late in the first half and certainly in the third quarter Isaiah West

Isaiah West 6'3" | SG Goodpasture | 2023 State #180 Nation TN proved his value and his potential. The powerful combo scored a gorgeous pull-up in the lane.  Seconds later he took and missed a corner 3.  Seemingly instantly West caught his miss off the rim, put it back up for a strong layup in traffic.  West excitedly roared as it dropped through. West drew a glut of fouls.

Willie Walton (Lipscomb Academy) vs. Goodpasture: Finished with 17 points in the loss.  Facing a team full of athletes, Willie Walton scored in so many different athletic ways.  Walton’s most gorgeous score was a mid-range hanger similar to a young Melo.  Walton made life difficult for the Goodpasture wings because he dribbled with such large, domineering strides.

Cooper Pennington (Goodpasture) vs. Lipscomb Academy: Cooper played a limited role for Goodpasture.  Still, he thrived in that window.  Pennington caught a swing pass in the final minute.  Hit his three-pointer as Raymon Adams