Coaches and trainers are doing all they can to help the players in Michigan stay fresh, stay ready, and continue to improve. Coach Dell Johnson has done all that he can do to make sure players stay strong mentally and physically by taking advantage of every opportunity afforded to him and the players by the state of Michigan. Let’s take a look at what Coach Dell has helped us learn about some prospects recently. 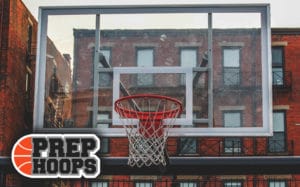 Hodges has been his usual self, showing off his athleticism and ability to hit big shots. Hodges had a few monstrous dunks that would have brought the house down in any arena. He has star potential at the next level.

Martin has had breakout type performances and workouts recently. He’s been a walking bucket at times. The lefty has shown that he can hit pull up triples and fadeaway jumpers. Martin has had a growth spurt and has put in work in the weight room, and it has greatly affected his game.

This young man has been playing with swag and confidence. Jones has been slicing through defenses with nice finishes and dimes.

Voltz is a 2 sport star and D1 prospect. He has noticeably shaken off the rust after missing time playing football. Voltz has been hitting deep three pointers and showing his power and strength when he driving to the basket.

The big 6’5 185 pund junior is a big problem for anyone trying to guard him. Chris not only dominates inside, but can also show off his ball handling skills and his ability to step out and hit the 3.

Coleman has improved a lot from last year. He really plays tough and can hit big shots. Coleman has been slashing to the basket with beautiful finishes. He’s also been finishing above the rim with some nasty alley oop dunks.

McCune is a rising and underrated prospect. His value has been on full display recently. McCune is an efficient player that hardly makes any mistakes. He has really good IQ and he plays hard. You can see the Saginaw Trojan in him. McCune has also been a high quality finisher.

Arthur sat out last year with a knee injury but he is back and looks even better than before. Arthur is a true point guard who sees the whole floor and makes the right pass. His 3 point shot is also much improved.

Mask has played really tough whenever he’s on the floor. He has been showing that he can be a bona fide bucket getter. He’s hit some big time triples in clutch situations.