Prep Hoops Missouri takes a look at the upcoming Class 3 Sectional playoffs, which will be held on Wednesday night. The tip off time for the sectional games will be at 7:45 p.m., unless otherwise noted. Here is a preview of those eight games, plus our fearless predictions:

Charleston (25-4) vs. Scott City (20-8) at Dexter: Charleston has had the Southern part of Class 3 on lock for several years. They scored an impressive win over New Madrid Central in the district finals with four players in double figures, led by freshman Rico Coleman’s 20 points. The Bluejays full court pressure defense is relentless. Scott City Is lead by 2020 leader Spencer Stratman and 6’3 2021 shooter Camden Conner. (Prediction: Charleston)

Monroe City (26-2) vs. Richmond (25-3) at Moberly Area Community College: Monroe City is back in the sectionals for the fourth consecutive season. They have a balanced team with 2020 guard Bryce Stark Bryce Stark 6'2" | SG Monroe City | 2020 State MO along with talented 2022 twins Joshua and Josiah Talton. Richmond punched its ticket to the sectionals with a come-from-behind victory over No. 1 seed Chilicothe in the district finals. (Prediction: Richmond)

University Academy (24-1) vs. Kansas City Central (22-6) at Lee’s Summit North: University Academy kept its dream season alive with a dramatic victory over St. Michael the Archangel on a half-court shot by 2021 guard Stevie Strong at the buzzer. The 6’1″ Strong is averaging 30 points a game. Kansas City Central features a quick and athletic team that features 6’5″ 2020 Noah Jones and 6’0″ 2020 shooter Jordan Fortune. (Prediction: Central)

Lutheran South (10-17) vs. Cardinal Ritter (22-6) at Webster Groves: Lutheran South’s record is deceiving because they played in the tough Metro League and it paid off in a district championship. They have a fine duo in 6’6″ Jack Lawson 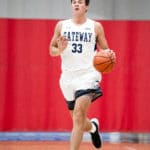 Jack Lawson 6'6" | SF Lutheran South | 2021 State MO and 6’3″ Jonathan Prange, who combined for 46 points in the district championship victory over Whitfield. Waiting for them is a powerful Cardinal Ritter team that is poised to make a big run in the state tournament. The Lions have size, depth and play pressure defense that comes at you in waves. Their top player is 6’3″ 2021 guard Mario Fleming Mario Fleming 6'3" | SG Cardinal Ritter | 2021 State MO , who averages 20 points a game. (Prediction: Cardinal Ritter)

Lutheran North (21-8) vs. Christian-O’Fallon (24-5) at Francis Howell Central: This is a battle of two teams that are not big in stature, but are aggressive and love to get up and down the court. Lutheran North stunned top-seed Trinity to win a district title last week. They feature a talented 2020 backcourt in Tahj Patterson Tahj Patterson 6'2" | PG Lutheran North | 2020 State MO and Jordan Smith, who combined for 59 points in the victory over Trinity. Christian features a strong group of perimeter players as well, led by 5’11″ 2021 Logan Wich 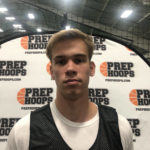 Blair Oaks (26-2) vs. Butler (15-13) at Smith-Cotton: No. 1 ranked Blair Oaks survived a heavyweight battle with Father Tolton in a district championship game that was an Instant Classic. Guard Quinn Kusgen was the hero with his hafl-court shot at the buzzer to keep the Falcons hopes of a state title alive. The front court duo of 6’9″ 2020 Eric Northweather Eric Northweather 6'8" | PF Blair Oaks | 2020 State MO and 6’9″ Luke Northweather is one of the best in the state. (Prediction: Blair Oaks) 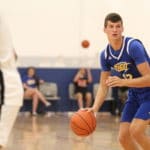