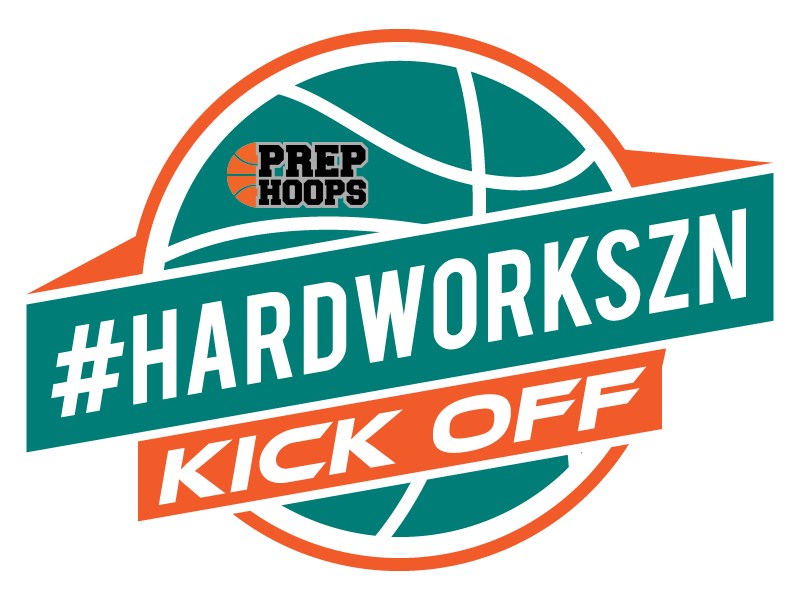 If these two teams played ten times, we bet the Mavs would win five of them. But today was a case of the Iowa guys not playing as well as they could have. The Minnesota squad is a good one, but this game should have been much closer. Several shots were missed at the rim by the Mavs, and aside from some second half 3s dropping for Ozzie Meiborg, the outside shots were mostly absent. The Mavs got down 31-14 and showed good fight to climb back into it, for a good portion of the second half it was a single digit affair. The Minnesota group was led by Curtis Jones, the Cretin-derham Hall guard poured in 24 points in the win. James Sommer was dynamic for Mentality, he scored 15. For the Mavs, it was Bettendorf big-man Lucas Hayes who led the way with 14 points. Meiborg added 11 points, and made three second half 3s.

This Iowa Mavs squad certainly has its share of talent, but the guys from Illinois were just on another level in this one. It started off close, a back-and-forth affair, even at halftime it was still a game, with the Mavs trailing 36-25. But the second half belonged to the HIT, especially to Marcus Skeete and Sam Schultz, who combined to score 31 points in the win. The Iowa squad was led by Dubuque, Senior point guard Cooper Medinger, he put in a team-high 12 points. Tre McCrary put in a couple pretty 3s for the Mavs, he scored eight. What we liked best in this one was Trent Allard getting up and throwing down three hard jams, the North Scott junior can rise. Alas, it came in a loss to the Illinois guys, and this HIT squad seems poised for a deep run in this tourney. They’ll play South Dakota Attack in the platinum Elite 8 at 3:30.

This one was competitive and highly entertaining, but in the end it was big performances by Tommy Dryer and Lorenzo Chatmon, both out of Shawnee Mission, KS, that would be too much for the Iowa team to overcome. The game was tied heading into the final minute, but the KC guys would make some clutch free-throws and got a big and-one to ice it. Iowa was led by shifty scoring guard Mike Steuckradt, he played exceptionally in the second half especially.

This was a gritty game, both teams wanted it, and in the end it was a gritty play that won it. With the game tied at 44 and six seconds remaining, Iowa Prep big-man Nic Coble corralled an offensive board from a missed free-throw and put in what would become the game-winning bucket. Coble, a 6’6 WACO junior, scored a game-high 10 points in the win, you can see the game-winning play below. For the Illinois squad, it was Antron Bevly of Southeast High School who showed out, he scored a game-high 16 points.

OMAHA: With the game tied at 44 and just seconds left, WACO big-man Nic Coble grabs the o-board and puts in what would be the game-winner for Iowa Prep Red 17u over IL Tigers #HardWorkKickoff #PHCircuit @TNT5Basketball pic.twitter.com/RkAzLyT7z4

This was a battle of juggernauts, like we knew we’d be getting in the Elite 8 of the 17u bracket. It was Kobe Busch who came out red-hot for South Dakota and he helped them to an early lead that would never be relinquished. At halftime, the South Dakota squad led by 10, and they maintained a relatively comfortable throughout the second half. For the Illinois squad, it was again Marcus Skeete who led the way, he scored 21 points in the loss. Busch finished with 25 for South Dakota, which will play Minnesota Fury in the Final 4 tonight. Yankton combo-forward playing up a grade, Matthew Mors, was utterly impressive, he scored 15 and it’s plain to see why the sophomore has already nabbed a slew of high-major offers.

This one was really over before it got started. The Flight were simply outmatched in this one, by a bigger and more athletic Mavericks unit. It was a pair of Iowa City Liberty 6’4 wings that led the charge for the Mavs; Kelby Telander poured in 18 in the win, not to be outdone, Ethan O’ Donnell put in a game-high 20. Those two will be instrumental these next two seasons  for the Lightning. Antrell Foster chipped in with nine points for the Mavs, as did Kyle Kelley. Cole Hrubes also scored nine in the win for the Mavs.

From start to finish this game was utter dominance for the guys from Nebraska. Chucky Hepburn reiterated that he’s among the very best basketball players the state on Nebraska has to to offer, and the future is very bright for the supremely skilled 6′ point guard. Team Factory led by as much as 19 in the first half before heading into the break up 15. Wisconsin Crusaders didn’t do much to get back in it during the latter half, and this one ended with a 2-minute mercy rule. Wisconsin did have one extremely bright spot, and that was Mountain Top Christian’s Dustin Beauprey, who methodically put in a game-high 27 points despite the big loss. Hepburn led Team Factory with 16 points, also a whole slew of assist and steals.

What started out as dud turned out to be and absolute thriller, and when the dust had settled it was Team Factory forward Max Murell who was the hero. The 6’9 Millard North junior swatted a final shot attempt at the rim from a surging RWA player to secure the win. the whole RWA team had been surging for a while up until that moment. What had started as a Team Factory 24-10 lead to start the game gave way to a 10-point halftime lead. It was slowly melted away in the second half, thanks in large part to some key buckets from Walker Academy’s Davis Walker. But a clutch bucket late by Team Factory’s Jarred Mattley, some free-throws from Carl Brown and the big block my Murrell secured the Nebraska guys a spot in the 17u final. Murrell not only had the best defensive play of the game, but he led Team Factory with 17 points, including three 3s. It was Cary Grove (IL) sharpshooter Beau Frericks who led the charge for RWA, he canned six 3-balls and scored a game-high 20 points in the loss.